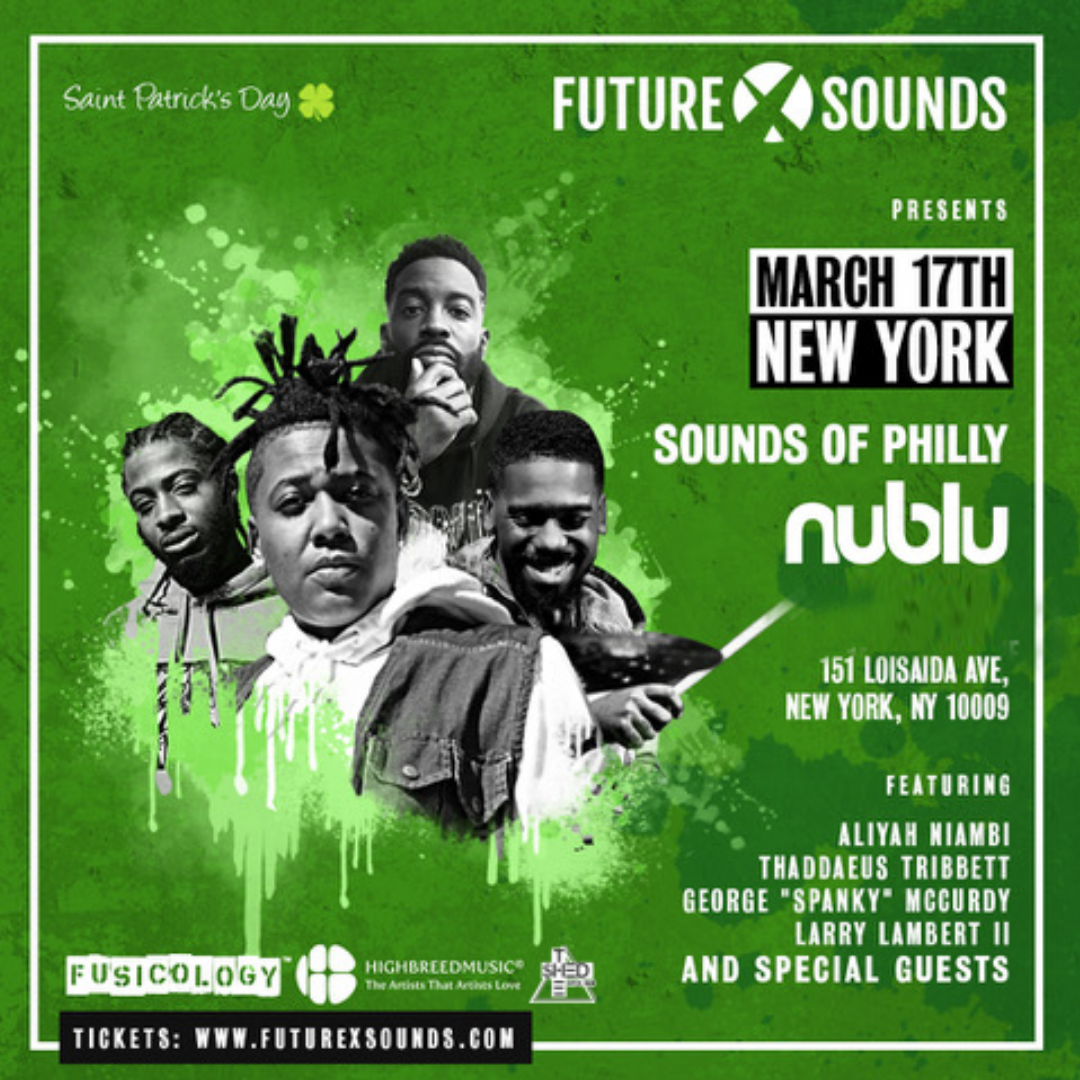 Grammy-winner Cory Henry, Emmy-nominated Music Director, and Grammy award-winning mastermind Adam Blackstone were just a few of the special guest performers that joined this all-star lineup for the ‘Sounds Of Philly’ show in Los Angeles. The New York City shows are sure to deliver just as much– if not more –musical star power at Nublu, New York’s magical space for live music in the city’s East Village. This will be an intimate live celebration of the music of Philly, with New York flair, like no other. And in true Future x Sounds fashion, you never know who will show up.

Immediately following the late set, the night will continue with a curated Jam Session by long-time collaborators High Breed Music, and Anu Sum’s  The Shed Open Jam. Past surprise guests of this jam series have included Bilal, Kamasi Washington, and DJ Battlecat, to name a few.

MORE ABOUT FUTURE X SOUNDS:
Future x Sounds™  is a nationwide live music and arts series, driven by community and activism. It’s the result of a collaborative effort between like-minded communities of producers, promoters, curators, and iconic artists across the country. Launched in 2019 with large-scale festivals in Los Angeles, New York, and Philadelphia (curated by Lalah Hathaway, Talib Kweli, and James Poyser of The Roots, respectively), Future x Sounds takes its attendees on a musical journey that connects the past, present, and future through the lens of its local creative community.

“We want to promote high-quality music without the imposition of the business and celebrate each city just for what makes it special, so we are giving the creative control to the people who know music and their scenes best: the artists,” says Future x Sounds Founder and Executive Producer Angela Gil. “Their curation is based on mutual inspiration, respect, and the will to support each other’s individual projects. It’s pretty beautiful and powerful.”

Future x Sounds’ network of community-builders and collaborators includes New York’s Winter JAZZ Fest, Summerstage, Real Music Rebels, among others.
Additional activation events are planned for the next six months in New York, Los Angeles, Las Vegas, Philadelphia, and other cities that are soon to be announced.