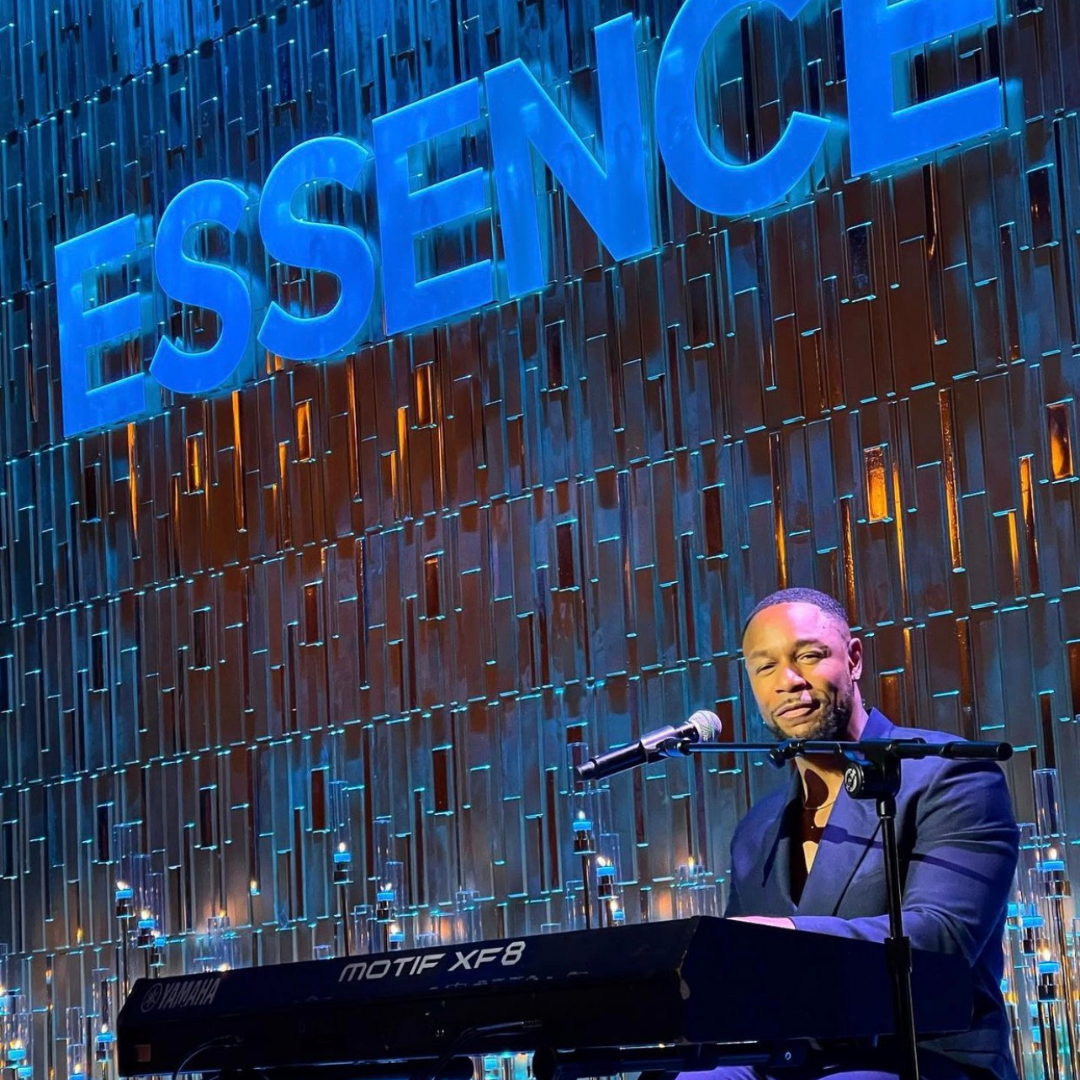 The Essence 15th Annual Black Women in Hollywood Awards luncheon honors the achievements of some of the most influential Black women who have contributed to the diversification of Hollywood by amplifying black stories through their work.

R&B singer Tank walked down the golden carpet of the 15th Annual Black Women in Hollywood Luncheon dressed in a stylish dark blue suit. The allure of the sunlight beaming upon the six pack that lie underneath left onlookers in mystery. They wanted more and he would give them just that a performance on stage at the Beverly Wilshire. The singer stepped on the stage and sat down in front of a Motif XF8 keyboard and played his heart out.

He’s a true musician and unlike most of his fellow R&B counterparts, he can read music and play the piano by ear. Tank spoke with ThisIsRnB at the honors ceremony, and when asked what his message was to fans the singer exclaimed, “Call me The King.”

It’s a title he has earned. From his beginnings singing in the church to singing background for Aaliyah and Ginuwine as a artist signed to Background Records, it was the 1997 Budweiser super fest 60-city tour that catapulted his career. He’s been singing and touring ever since.

As one of the reigning Kings of R&B, the singer recently celebrated his sixth #1 hit with song “I Deserve” on R&B Radio. The newest rendition samples the artist’s 2001 Top 40 smash hit “Maybe I Deserve.” It’s the second single off his soon-to-be-released 10th Studio Album R&B Money which hits all streaming platforms later this year.

The 9x Grammy award-nominee says, “I feel like Jordan in ’98 winning his sixth title with the Chicago Bulls. I’m so grateful to all the R&B music lovers because this couldn’t happen without you. This is a blessing, and I’m here to share more with the fans as I gear up for the release of R&B Money.”

Tank’s success seems to be chasing after him and love from R&B fans from all over the world is noted. The singers former music label Background Records, in 2021, released his first three solo albums – all of which he wrote and produced every single song – to streaming platforms.

The artist cemented his name and body of work into R&B history with the 2001 RIAA gold-certified, #1 debut of “Force of Nature and the 2002 release of One Man followed by the 2007 chart-topping, Grammy Award nominated album Sex, Love, and Pain.

There’s so much music in his ‘tank’ and he’s ready to share it on stage and around the world. As he prepares for the release of his final album release “R&B Money,” Tank will be performing on spot dates, concerts, and festivals. So far, the line-up includes Orlando’s Soul Festival, The Cincinnati Music Festival, and Club Quarantine Live in Las Vegas.

To see all the photos from the Awards Luncheon click the link here https://www.essence.com/

TV ONE Uncensored: Taye Diggs Talks "How Stella Got Her Groove Back," "When He Became a Heart-Trob" and More.