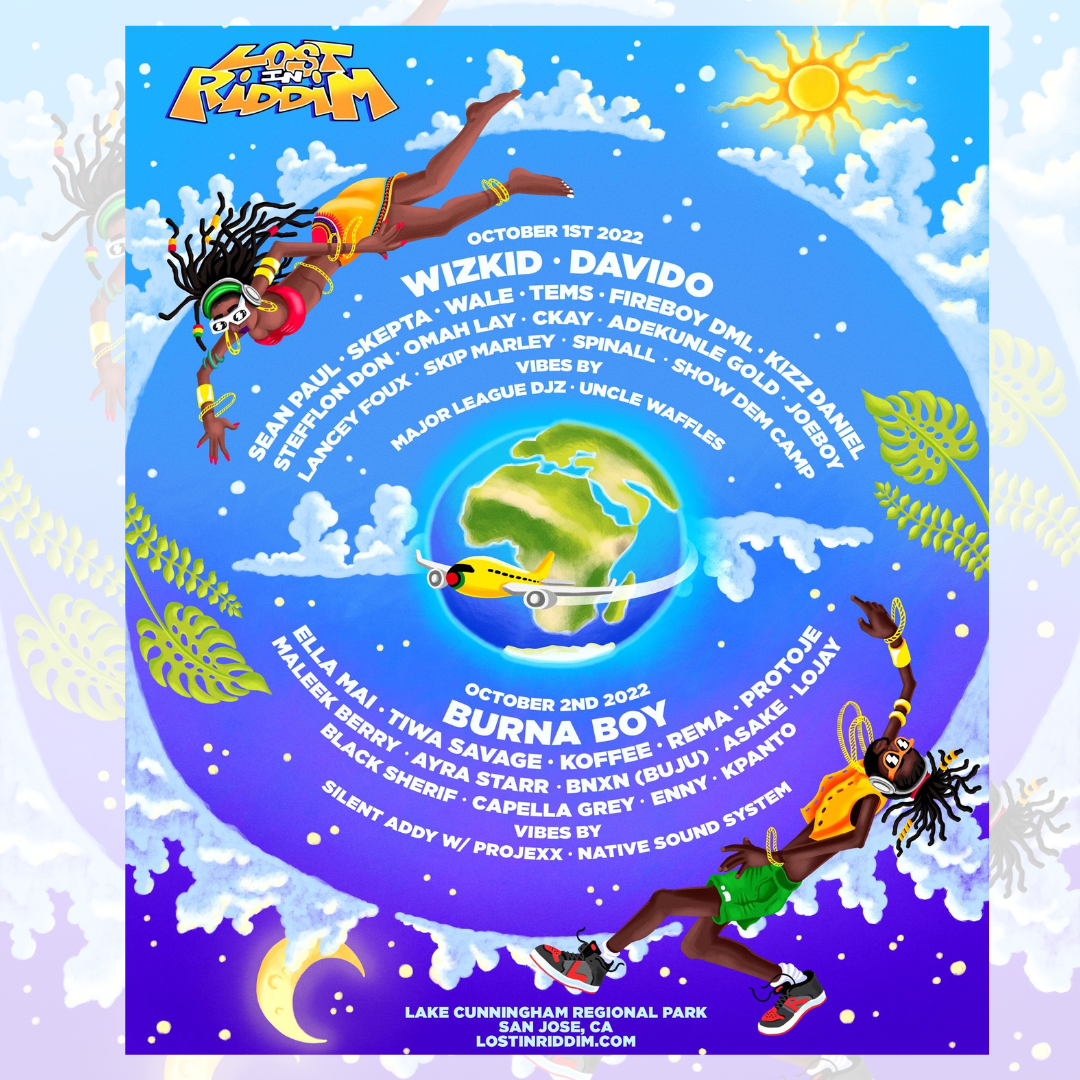 By ThisisRnB on Jul 22, 2022
The independent producers behind Sol Blume are excited to announce the return this fall of the largest afrobeats festival in the country, Lost In Riddim (LIR), for an expanded two-day celebration of music, culture, and community.

After a successful inaugural event last fall, the festival is relocating to a new home just southwest of the original location in Sacramento – Lake Cunningham Park in San Jose, California. The outdoor event will feature a much larger footprint with two main stages offering fans non-overlapping performances, in addition to a third and much more intimate tent stage with daylong DJ sets.

As an independent music festival co-founded by a pair of first-generation African immigrants, Lost in Riddim is proud to present for a second consecutive year a lineup made up entirely of African, Caribbean, and Black music artists. Although the festival will remain centered around afrobeats music, even more, international acts have been tapped to join in this year’s cultural celebration offering fans a larger curated selection of worldly sounds.

Organizers this year tapped three of the biggest afrobeats artists in the world – Wizkid, Burna Boy, and Davido – to headline this year’s festival in celebration of Nigerian Independence Day Weekend taking place that same weekend. Other Nigerian acts traveling halfway around the world to perform at LIR include Rema, Kizz Daniel, Fireboy DML, Tiwa Savage, Maleek Berry, and Ayra Starr, among others.

Similar to last year’s inaugural event, the festival will also highlight other popular genres of African, Caribbean, and Black-American music including reggae, dancehall, afro-fusion, hip-hop, R&B, and more. Notable performers outside of the world of afrobeats include international superstars like Ella Mai and Skepta, both of whom hail from the U.K. A number of Jamaican acts have also been added to the bill including Sean Paul and Koffee, in addition hip-hop acts like the Grammy Award-winning rapper Wale who hails from Washington D.C.

Two-day tickets will go on sale later this week at Noon PT on Monday, July 25 via  https://lostinriddim.com/ with GA passes available for just $225 and weekend VIP passes starting at $450. Interested fans should purchase tickets today as prices will continue to increase as the festival date approaches, as well as there are a limited quantity of total passes available for purchase and no single-day tickets will be sold.

A special ticket pre-sale will also be available for fans from 9:00 to 10:00 a.m. PT that same morning on Monday, July 25. In order to take advantage of this limited offer, fans must first sign-up and pre-register online at https://lostinriddim.com/ before Friday.