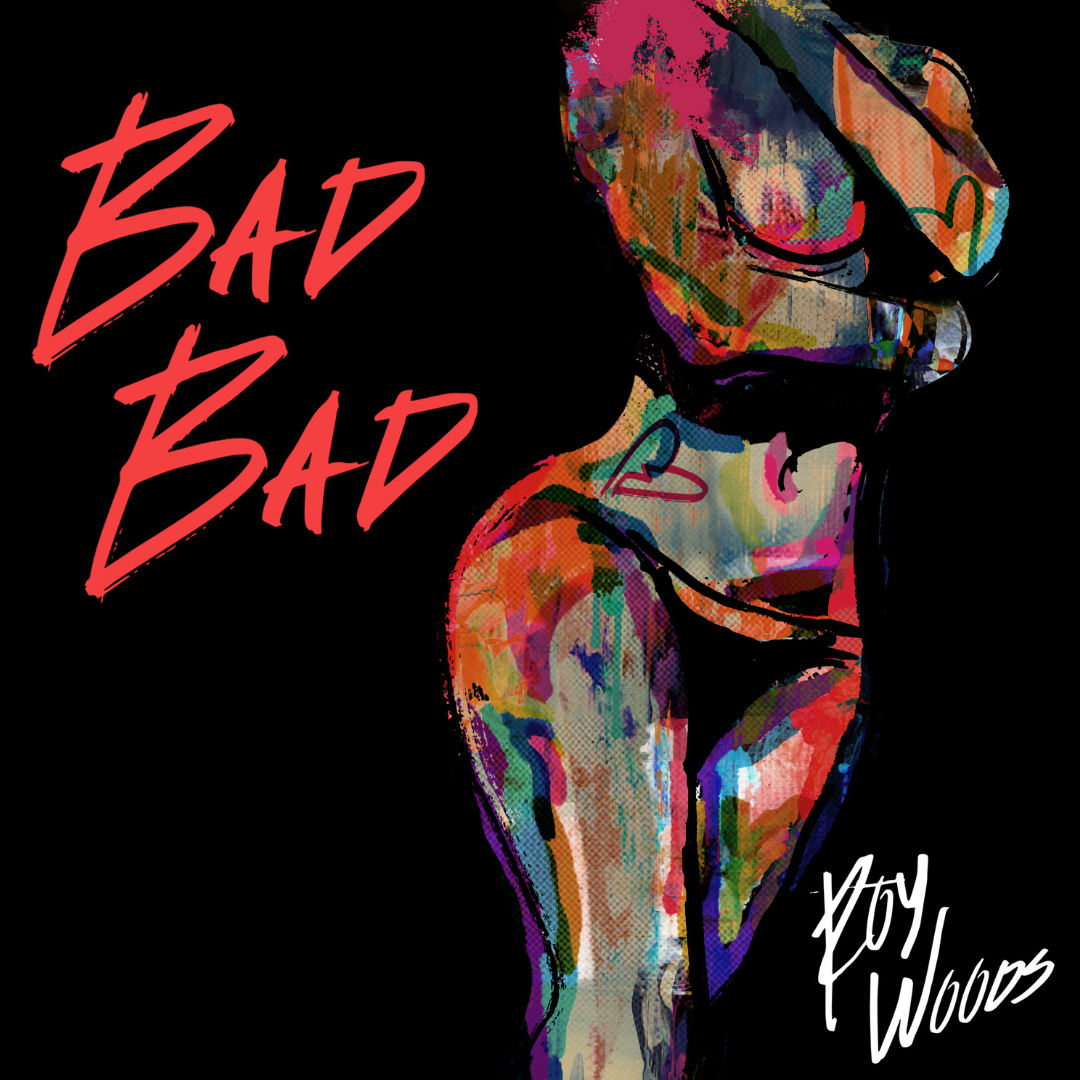 Built around dark, bass-heavy percussion and elevated by sultry guitar notes, the song captures the feeling of someone special slipping through your fingers. The song starts out with a short intro before moving to the chorus.
“You be on your bad-bad/you be on your sh*t,/girl/You be talkin’ all that, oh na-na.”

In addition to the single drop, Woods also released a music video that showcases Woods in different scenes from a car, house, and art gallery with live female models. Woods even snaps a few photos while he is there. Also, during this video, he plays his guitar and nods his head, while reminiscing about his last relationship. The rhythmic flow, mellow temperature of the video and scene, is a whole chill vibe, one you can definitely get into.

Youtube fans are loving everything about the song and the video. One fan writes “Hell of a track. Hell of a music video. Roy is always real,” “Love the whole melody, flow, theme, and in addition, the Art and Dreamcatcher creates a memorable masterpiece level. Thank You Roy Woods” another fan writes.

The song is an excellently balanced mixture of Caribbean and R&B influences, produced by DJ Charlie B, Jay On The Juice, Yung Swisher, and Pitt Thakid. It has a smooth cruising vibe that features Woods’ signature vocals gliding effortlessly in-line with the Melody.

“It’s a song about when I learned to feel love again but realized that I wasn’t ready for what that came with,” the Canadian artist says. “I fell for them and they fell for me, but we just couldn’t be.”

“Bad Bad” is the second single from Woods’ forthcoming LP, “Mixed Emotions,” which is slated to release on August 5th. Woods released“Insecure,” in May. Mixed Emotions arrives five years after the star’s critically acclaimed debut LP, “Say Less,” which charted at #11 on Billboard’s Top R&B/Hip-Hop chart. In 2020. To date, he has garnered more than 2 billion total global streams and 1.2 billion total US streams.

The Brampton, Ontario, native’s music has never been boxed into one, which has been made evident in the hit records he has released that have showcased his ability to fuse even more new sounds and styles to his crossover Hip-Hop to R&B persona Since signing to Drake’s OVO Sound record label in 2015, Roy has darted between brash rap tracks, ecstatic EDM, low-key dancehall (a nod to his Guyanese heritage and his Toronto roots), and even gleaming pop. The entertainer’s talents have also landed him as a performer on some of the largest stages in the country including a number of Rolling Loud cities, Drake and Future’s Summer 16 Tour, Lollapalooza, Hennessy Artistry, his own headlining Roy Woods Unlocked Tour, and more. This willingness to experiment was prominent at a young age as the entertainer grew up inspired by iconic and revolutionary acts including Michael Jackson, Marvin Gaye, Usher, Bone Thugs-N-Harmony and Nelly to name a few.

Listen to “Bad Bad,” by Roy Woods and view the video below. You can follow Woods on Instagram @https://www.instagram.com/roywoods/?hl=en