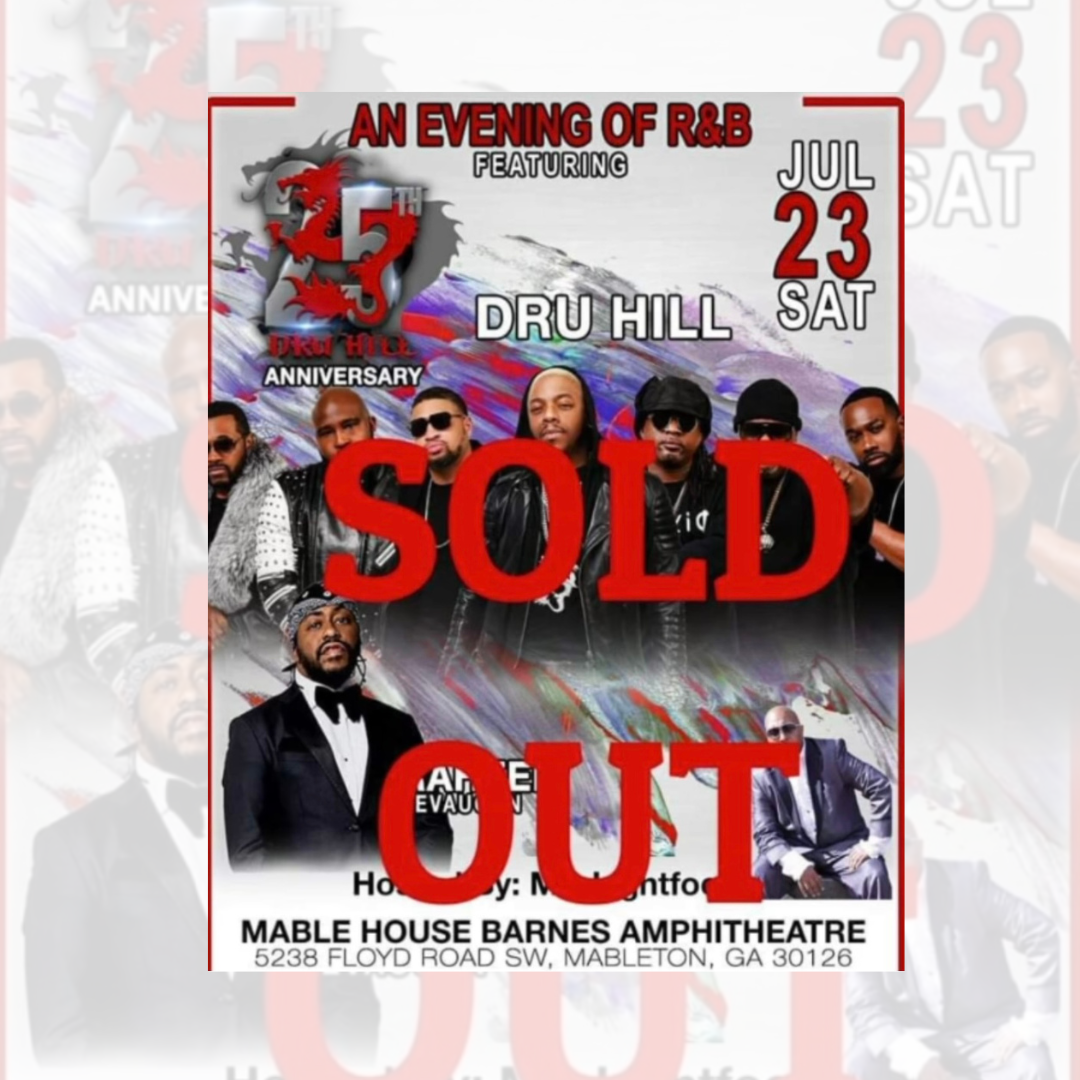 Raheem Devaughn and Dru Hill shut the stage down to a sold-out audience Saturday evening during A Night of R&B at the Mable House Barnes Amphitheater in Atlanta.

Hosted by ATL native and comedian Mc Lightfoot, the show was a night to remember. Raheem Devaughn started the show. He came out on the stage, welcoming the crowd in a fuchsia suit, sunglasses, and of course, his braids. He performed some of his best hits with his band, such as “Customer,” “Just Right,” and “You.” He even mixed in some oldies from other notable R&B artists. His performance of “Mr. Midnight,” got really hot when Raheem demonstrated his love-making skills on stage. He even serenaded ladies with roses throughout the show- such a gentleman. What an incredible performer.

The second part of the show culminated with Dru Hill, who are celebrating their 25th anniversary in the music industry. All of the original members of the group were present. The set started out with their classic hit, “In My Bed,” but the remixed version. Their singing, dancing, and stage presence were on point! If you’re a Dru Hill fan, then you know. The group performed snippets of their classics, “These Are The Times,” “Beauty,” and “We’re Not Making Love No More.” Sisqo even did a few of his solo songs and of course the infamous, “Thong Song.”

This was a true evening of entertainment, soulful singing, and of course R&B.

A Very Special “Thank You” to Raheem for gifting three lucky ThisIsRnB winners and their plus ones with special guest tickets to this amazing show!