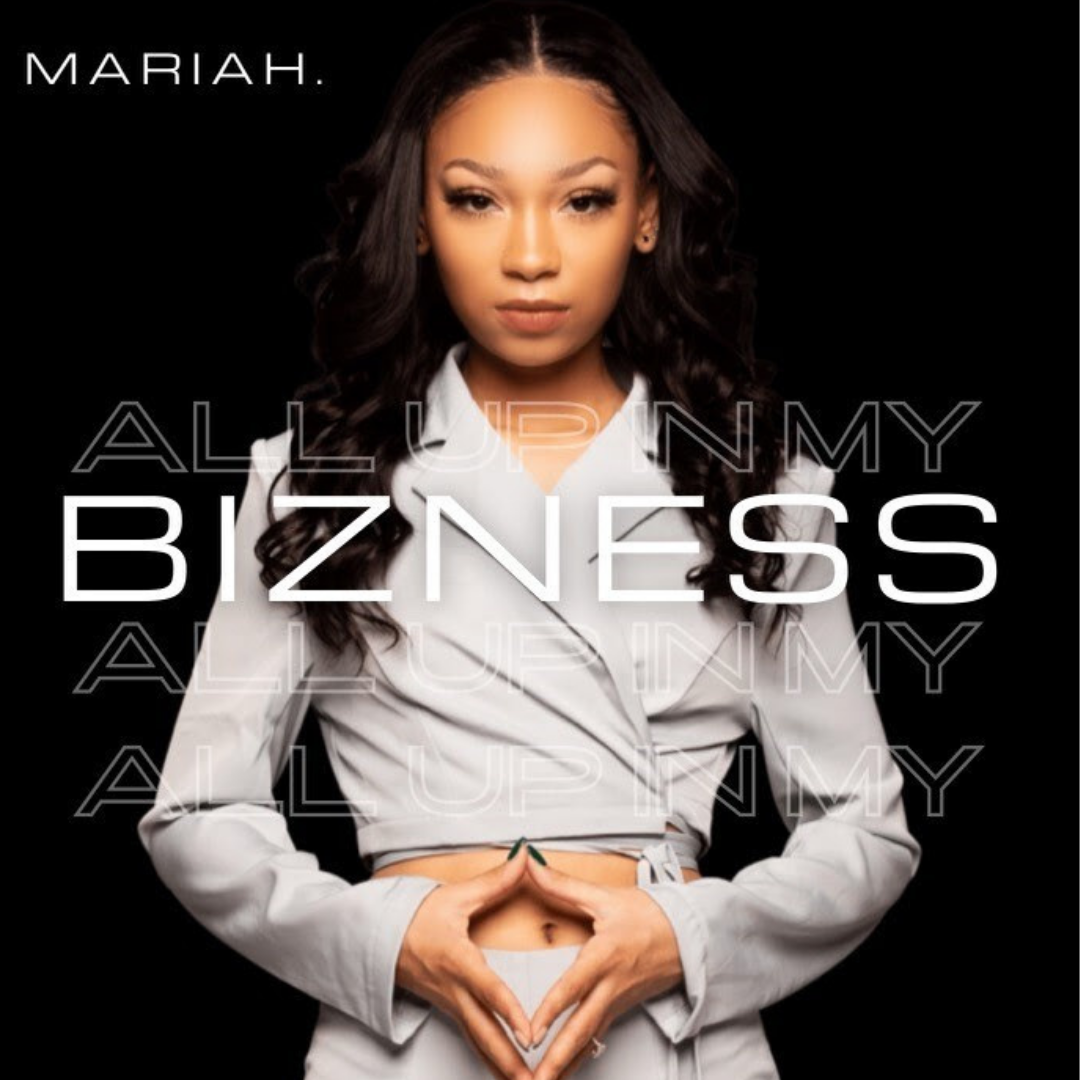 Rising R&B singer-songwriter MARIAH. (with a period) is exclusively premiering her new single “BIZNESS.” on ThisIsRnB and the single is serving smooth vocals, a catchy hook, an upbeat tempo, and the boot to a relationship.

MARIAH. (with a period) is simply letting her man know she is done and wondering why “he’s all up in her business.” She says, “I told you I was through, but you won’t get the clue.” And the songwriter makes the single even more relatable, by referencing her used-to-be man stalking her social media pages trying to keep up with her every move, and even commenting to get a reaction, yet she keeps it cool and doesn’t respond.

The hook is catchy, but simple, “All up in my, all up in my Bizness,” while MARIAH. ( with a period) adlibs over the vocals.

This song is not just all about breaking up with her boo, though. In the second verse, MARIAH. (with a period), toasts to the memories because she says “they are what made her stronger than she knew she was.” She proceeds to let him know “he was raised better than that and that should just leave her alone and, well, grow up and move on.”

“BIZNESS,” is a feel-good song that not only talks about leaving behind a relationship that is no longer serving you but also realizing your strength and knowing you deserve better.

“Buziness, is written from the perspective of someone who’s fed up. It’s so easy nowadays to have people involved in your private matters-constantly around you like gnats-offering nothing. The question then becomes: why was the desire to keep tabs more than the commitment to the friendship or relationship?.” mentions Mariah. “I’m sure we’ve all experienced an individual who is ‘all up in our business.’ This song serves as an invitation to exit,” she adds with a chuckle.

“BIZNESS” will be globally available on all streaming platforms, Friday, July 8 and is being released under the University Park Records label imprint.

“BIZNESS,” was written by MARIAH., and produced by Michael Gardner with musical composition by Sarah Gardner.

MARIAH. has appeared on CBS, Fox, and countless morning shows. Stay tuned as she stops by The iHeart Radio Dunkin’ Latte Lounge for an unplugged performance of some of her recent releases.

In addition to being an artist, MARIAH. is also an active partner with St. Jude Children’s Research Hospital in support of their “Love Music Stop Cancer” Campaign to help raise awareness and funds to save lives via the initiative #MusicGives. #LoveMusicStopCancer.

Take a listen to the exclusive premiere of “Bizness” now.