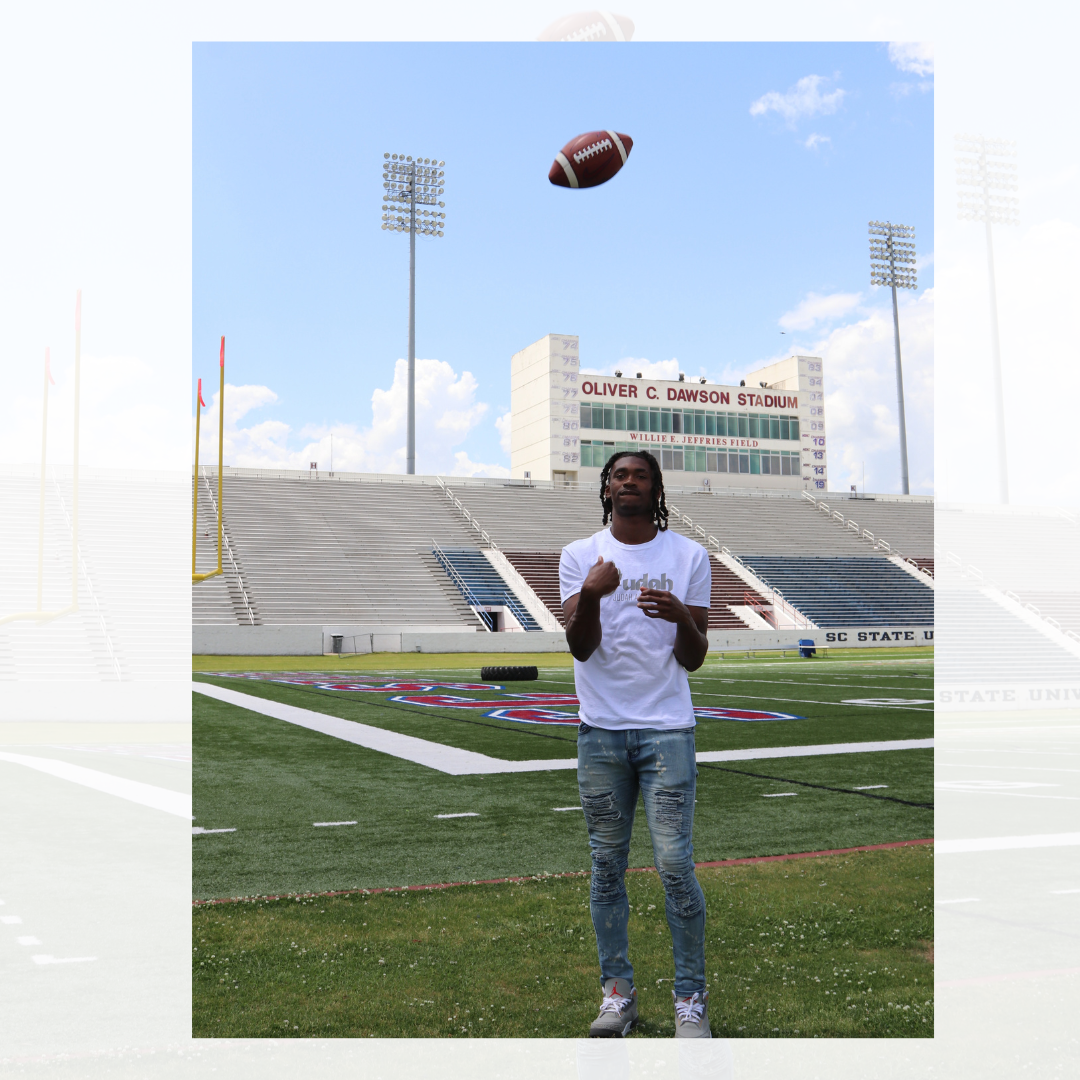 ‘ThisIsRnB Sports Baller’s Network’ is our new platform series that spotlights college and professional athletes sharing their immersive stories and fascinating journeys in their own words. In this context, they are able to open up and speak freely, allowing viewers to learn more about them.

In this second episode of the series, Trae sat down with one of his former teammates at South Carolina State University, Offensive MVP of the HBCU Cricket Celebration Bowl, Walter Payton Award watchlist, and future NFL draft prospect receiver “Shaq Davis” during a recent visit to his alma mater.

During the 2021 season, Shaq finished with 43 receptions for 864 yards and eight touchdowns. He averaged 20.1 yards per catch and led the entire MEAC. He was able to finish the Cricket Celebration Bowl with five catches for 95 yards and three touchdowns.

Shaq spoke openly about not having any prospects willing to take a chance on him, motivation, staying humble, and the R&B heavyweights Chris Brown, Bryson Tiller, The Weekend, and rappers PG Raw, NBA YoungBoy, D4xs  that help him keep a level head and so much more.

Watch the full video below and get to know “Shaq Davis.”