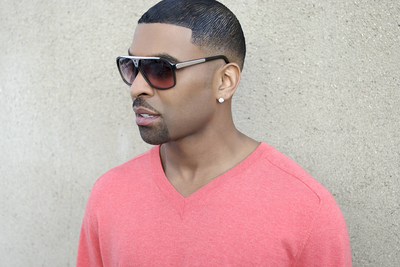 The school of R & B hard knocks can be overwhelming but it will never hold a survivor down. No one knows that better than Ginuwine, who has experienced the joys and perils of the fickle music biz and helped lay the blueprint for many of today’s younger soul brothers. The once eligible bachelor has traded in his player’s card for a loving family life with his wife (former rapper Solé) and their children. G’s latest offering (his sixth album), “A Man’s Thoughts,” is a melodic reflection of his past and present lives. ESSENCE.com caught up with the Baltimore native to discuss those crazy Justin Timberlake comparisons, his suicide attempts, and why he is helping the mentally disabled.

ESSENCE.COM: Welcome back, G! Your new album, “A Man’s Thoughts,” is a 14-track labor of love. Was it difficult getting back in the swing of things after being away so long?
GINUWINE: (Laughs.) Well, I wrote 45 songs in all. I believe you can listen to my album from beginning to end. Of course, some might  love certain songs better than others, but overall I’m proud of it.  Plus, I have everyone from Timbaland to Missy to Bun B and Brandy on it.

ESSENCE.COM: Your album is typically you with an all-star lineup, but folks are accusing you of  swagger-jacking Justin Timberlake because of the Timbaland-produced anthem “Get Involved.” How do you feel about that?
GINUWINE: (Laughs.) Are you serious? If that’s copying Justin Timberlake I want to know whether people say the same thing about him when he hooked up to work with Tim, whom I’ve worked with for years? People are real funny.

ESSENCE.COM:  On a more serious note, you lost both your parents in 1999 and 2000. How have you been coping?
GINUWINE: After my father shot himself to death and my mother died from cancer less than a year later, I really didn’t want to be here anymore, I didn’t want to live and tried to commit suicide more than once. There was no one around that I really loved at the time, so I turned to the drinking and drugs like weed and ecstasy. I was done mentally and emotionally to the point that I had to go see a psychiatrist, but that didn’t do any good because I wasn’t interested. In fact, the two times I visited him I was high. I was depressed and felt like I had nobody to talk to that could relate to me.

ESSENCE.COM: Wow. What was the turning point for you?
GINUWINE: I had one friend who intervened and begged me to get help. Even though I didn’t continue with my therapy, I went to church and received counseling from my pastor and got straight spiritually. I was able to turn away from all those things that were destroying me and finally think clearly. I had to ask myself whether or not I wanted to go out like my dad and have my kids hurt the way I was hurting. I’ve been clean for about seven years. Now, I keep all that stuff away from me, especially when I’m on the road.

ESSENCE.COM: Despite your adversity you’ve remained positive and are working with the mentally disabled.
GINUWINE: My wife and I own mentally disabled homes in Kansas City where the mentally disabled board through a program called SPRUCE (Special People Requiring Unique Care Equally). Many people don’t realize that once they turn18 they are often thrown out the house and are homeless. At the home, they are able to learn the basic fundamentals of life, like finding a job, how to take care of themselves, clean their rooms, and other things. My heart always likes to give, and if I’m going to help somebody it might as well be someone who can’t help themselves.