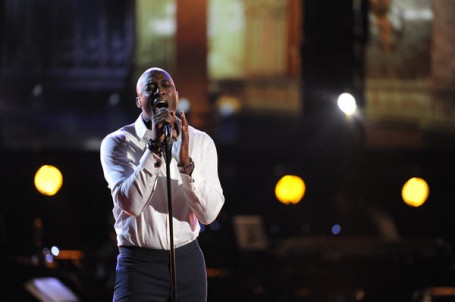 Hardwork, determination and faith paid off for past background singer Jermaine Paul, as the NY native was crowned the Season 2 winner of NBC’s “The Voice” on Tuesday night. Paul, who competed with countless others over a lengthy period of time, takes home a cash prize of 100k and a record contract with Universal Republic.

The former background singer for Alica Keys also brought the trophy home for his coach Blake Shelton, who mentored JP throughout the process. After hearing host Carson Daly announce his name, Jermaine thanked those important to him and hugged his family members, friends, fellow contestants and the other judges, before taking the stage one last time for an emotional encore performance of R. Kelly’s “I Believe I Can Fly,” which he sang on Monday’s episode.

Chris Brown Performs "Turn Up The Music" on DWTS