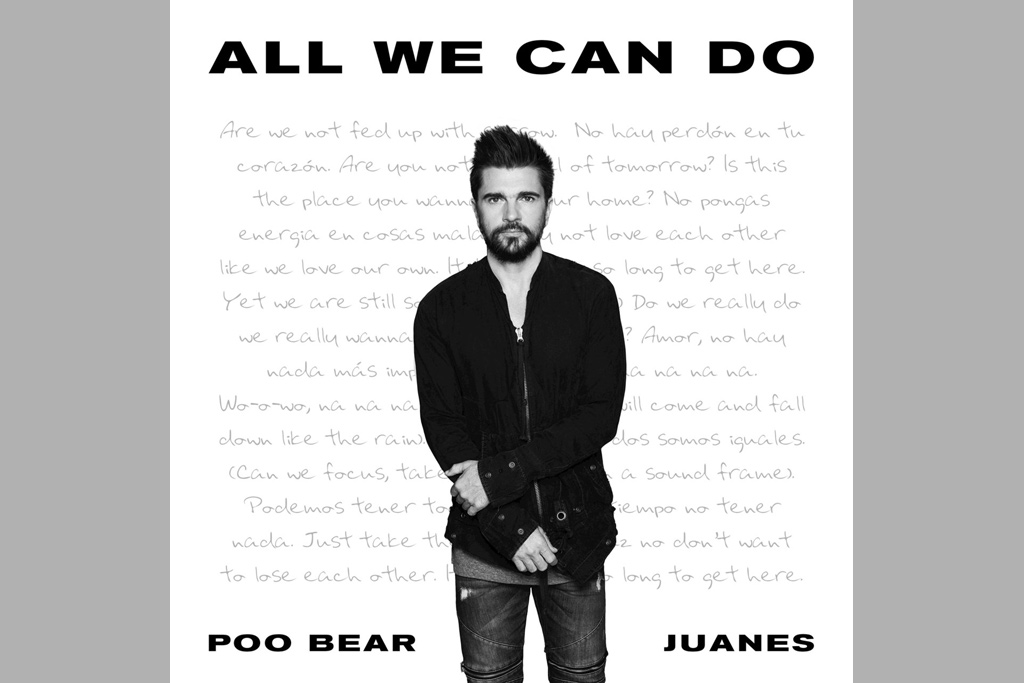 Grammy Award-winning songwriter and producer Poo Bear shares his brand new single “All We Can Do” feat. Juanes.

Over Skrillex production punctuated by synths, finger-snaps, and flutes, Columbian icon Juanes carries an undeniable refrain with soul and style. Merging Latin rhythms, English and Spanish lyrics, and global energy, it reflects a different side of Poo Bear’s writing, curation, and creativity. It also hints at the boundless scope of Poo Bear Presents: Bearthday Music.

Emerging in 2001, the four-time Grammy Award-winning songwriter and producer began collaborating with the likes of 112 and Jill Scott before co-writing “Caught Up” for Usher’s RIAA diamond-certified classic Confessions in 2004. Along the way, everyone from Big Boi and Lupe Fiasco to Chris Brown, Kelly Rowland, and Mariah Carey sought out his pen, prose, and perspective. Introduced to Justin Bieber in 2013, he became a collaborator to the pop icon on Journals and Purpose, co-writing “Where Are Ü Now,” “What Do You Mean?,” “PYD,” “Hold Tight,” “All That Matters,” and more.