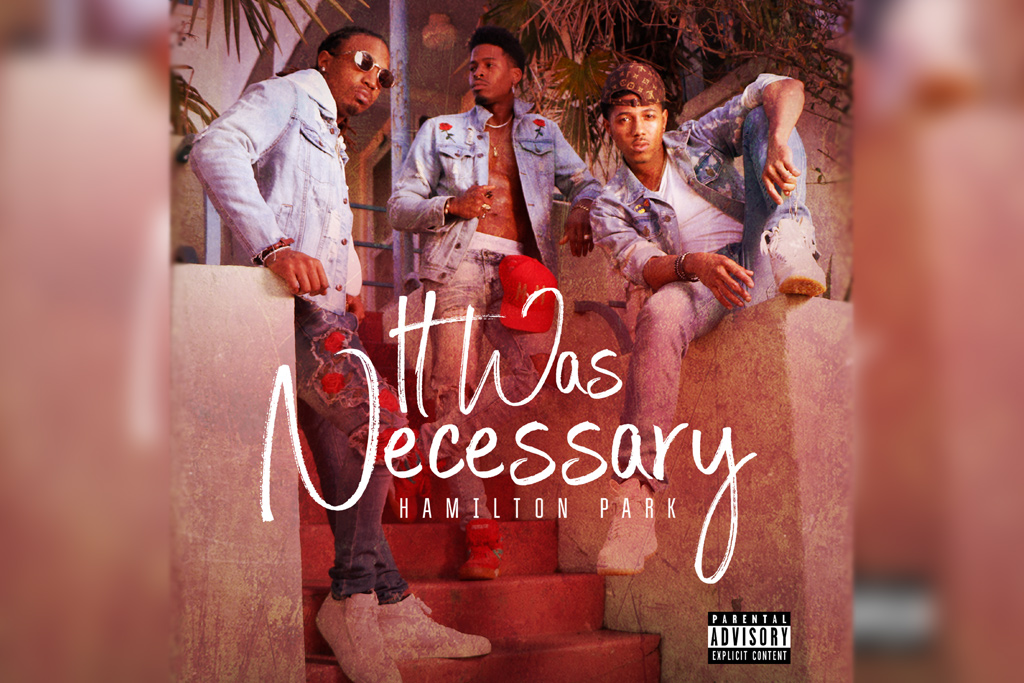 It’s been nearly 7 years since the R&B group released their self-titled EP but the time has come for them to make their official return. Hamilton Park is comprised of singer/songwriters Markus Free, Anthony Dorsey and Chris Voice.

Their 8-track new project has been led by the singles “Leave It In” and “Love Me To Sleep,” and features all original songs along with the title track interlude which explains the reason for their hiatus. Speaking on behalf of the group, Anthony says: “It was necessary, just to be simply put. When you’re developing, when you’re maturing sometimes it’s necessary to just say, ‘Hey take a pause, analyze the situation, process it, come up with a concrete plan and then execute. So that brings us to this point. We’ve stepped back, we’ve analyzed and processed, came up with the concrete plan, a method, a great philosophy and now we’re executing. It was necessary.”

The Atlanta based group pick right back up from where they left off with a combination of snappy, mid-tempo R&B bangers like “Loyal,” where they address regrets over infidelities in a lost relationship. To vibrating bedroom shakers like “Strobe Lights” and “Leave It In,” which calls for repeat plays as they croon about sexing through all hours of the night.

“Our ‘It Was Necessary’ EP embodies passion, purpose, and favor… It’s when purpose met the opportunity. That’s what this release feels like,” says Hamilton Park. R&B has been missing the harmonies and romantic qualities that groups used to deliver. Now poised to cater to those themes and elements with hypnotic melodies, strong vocals and infectious production, Hamilton Park should once again be the group to return that R&B glory.

It Was Necessary is due out on all digital music stores and streaming platforms on Friday (March 2). But just hours before, you can get your very first ‘necessary’ listen below!

Music videos for “Leave It In” and “Love Me to Sleep” are available now on VEVO. Both videos were shot in Atlanta, GA and directed by Joy Young. The visuals are parts two and three of a 3-part video trilogy.

You can expect much more from Hamilton Park in 2018!