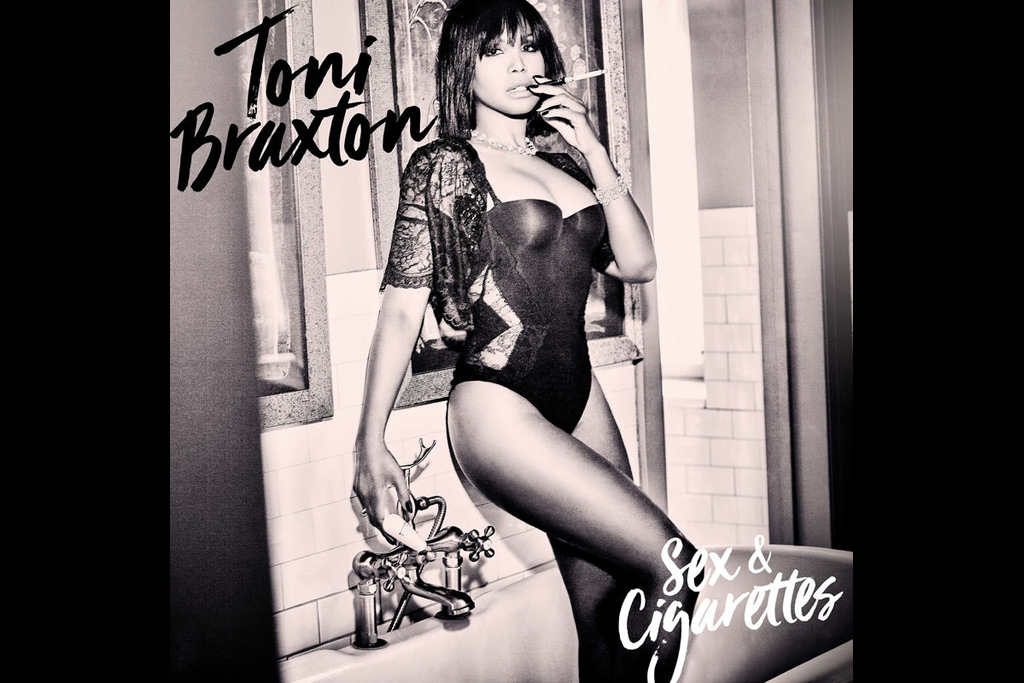 Toni Braxton still brings the heat. After 25 years in the game, her alluring appeal remains suspended in time.  On her ninth studio album, Sex & Cigarettes, she gives her signature sultry vocals, but this time is different. The huskiness holds an edge. Mrs. Birdman-to-be acknowledges she is experiencing a shift. “It’s time to be open and out loud with it,” she recently told BET. “This album is more so for me, it’s also a reminder to myself that I’m still here. It’s been a hard ride, but I’m still here.”

Indeed she is here and not going anywhere as she sings on the opening track “Deadwood,” “Just wanna let you know / I won’t let this one go / You got me down but I ain’t out / Think you got me good / Left me like some deadwood / I may be down but I’ll turn it ‘round.”

An aroma of frustration laces the title track “Sex & Cigarettes.” The stench of betrayal makes you wonder if baby sis, Tamar’s recent marital issues are the inspiration.

“FOH” is one of two tracks produced by Braxton’s music husband, Babyface. A daunting piano dares you to challenge her as she check’s her boo for being disrespectful. She is not here for the games as she tell him “…don’t come around / And cloud up my atmosphere / F*** outta here.” This is one of the moments when her give no fux attitude comes through.

Midway through are “Sorry” and “My Heart,” two unapologetic ballads on which she expresses regret and chooses to protect herself from further disappointment. The latter features enchanting background vocals from pop/rock, singer-songwriter Colbie Caillat.

Channeling Lady Gaga, the Soul Train Music Legend glides into EDM territory on “Coping,” as she acknowledges she is not doing well without her man’s touch. The dance party continues on “Missin'” as she entertains the possibility of love again.

Executive produced by Braxton, most of the album boasts her mature R&B style. Additional production on Sex & Cigarettes is done by Fred Ball, Antonio Dixon, Stuart Crichton and Tricky Stewart. With only eight tracks it’s short but intense, making Braxton the queen of sad love songs.

The svelte powerhouse, who is fly at 50, shared more about the album’s meaning with US Magazine. “It’s about girl empowerment, but at the same time I’m dying inside because the guy has moved on. Sex and Cigarettes [is] the next step for sexy and for my sound. I think as an artist you have to push the envelope even further and that’s what I think I did with this album. I think my fans are really going to like it.”

Last night’s drama filled season premiere of Braxton Family Values was followed by the debut of the video for “Long As I Live.” It features cameos from Tamar and Towanda.

Toni is set to kick off her “Sex & Cigarettes Tour” on May 20. Stream the album below!