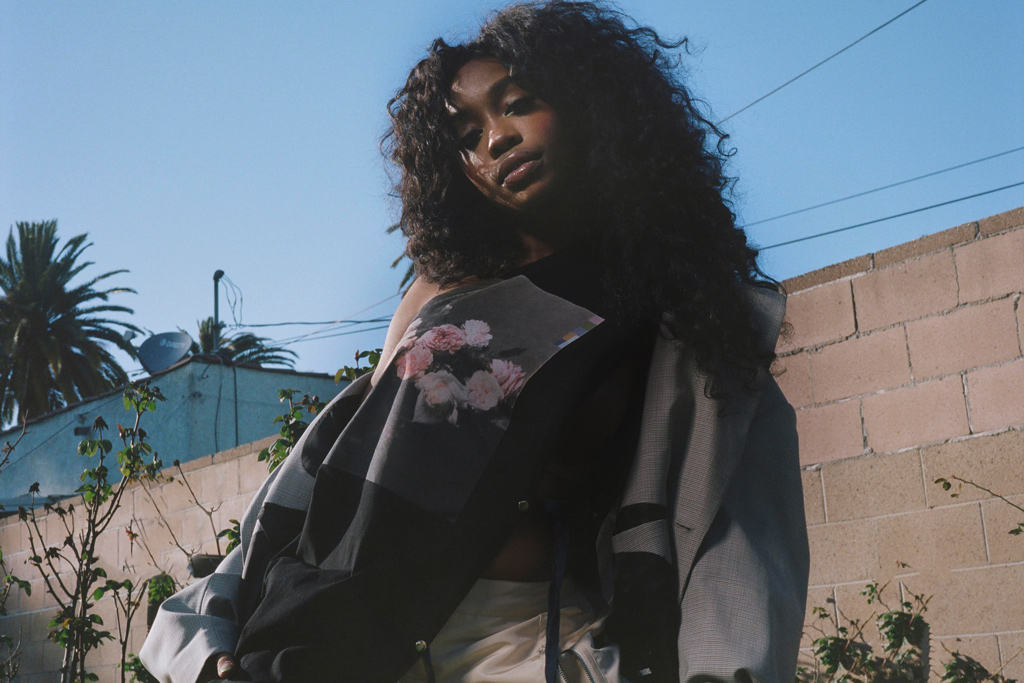 A longtime fan of i-D Magazine, SZA is experiencing a dream come true moment as she graces the cover of their new summer issue.

With the Ctrl era almost behind her, the T.D.E. songstress has new visions, vulnerabilities, and varied feelings are past and present pieces of her life. In a unique feature, Solana candidly speaks about a variety of topics concerning her past breakout year, realizations about herself, stardom, and the future.

Opening the article with a positive reflection on her current state of mind the singer says: “I feel empowered right now, but probably not in the way you imagine, or for the reasons you think. But I do. I feel empowered because I broke down my fears. I released an album, I did a tour, and I was my honest self in front of a lot of people. These were really hard things for me at one point, now they seem so much easier. Every light, every show, every time, it blows my mind away. Every moment is an experience to learn from; a moment for growth and understanding.”

Continuing, “Love is my religion right now. When I do good, I feel good. When I do bad, I feel bad. When I’m an asshole, it’s not a good day. When I’m helping people that I don’t know, that’s the quickest way to get me out of a shit mood. I learn that more and more. I’m also learning that I don’t know anything. These thoughts accumulate and become something, and it connects you to this energy source that can act as momentum. I mean, I don’t know anything about this shit. I can only gather what little I know and try to make sense of it. Try and be a better person. Try and better serve the world. It’s all generated by yourself. I feel like you can’t really blame anybody else for the heaven and hell you create for yourself.”

Taking to Instagram, SZA shared with fans her love for i-D and photographer Petra Collins. “I stalked Petra Collins for two years. Begged her to work on my album. Didn’t work out. Drooled over iD for a decade. Snuck into fashion parties at 18 daydreaming of being an ‘iD girl,'” SZA wrote. “Shitty winks in the mirror…all about possibility. This means SO much more than words could frame. God gives u EXACTLY what u ask for so ask wisely. Thank you @petrafcollins for being my pen pal for two years and shooting me like we grew up together. Thank you @i_d for this MASSIVE opportunity. Bless everyone ❤️??”

I stalked petra Collins for two years . Begged her to work on my album . Didn’t work out . drooled over iD for a decade . Snuck into fashion parties at 18 daydreaming of being an “iD girl”. Shitty winks in the mirror ..all about possibility . This means SO much more than words could frame . God gives u EXACTLY what u ask for so ask wisely . Thank you @petrafcollins for being my pen pal for two years and shooting me like we grew up together . Thank you @i_d for this MASSIVE opportunity. Bless everyone ❤️??

Read some more excerpts from SZA’s revealing interview below.

ON FAMILY: “My relationship with my family is interesting. We’ve been having these really, really powerful transformative moments. We don’t see each other much, so when we do we just talk about everything. We’ll be, like, crying at breakfast. But it’s tight. My mom knows everything about me. My dad knows just about everything. I mean, my parents read the internet, like everybody else.

My dad texted me and asked me if I was pregnant the other day. He asked me if I was pregnant because that’s what he’d seen on the internet. I was like, ‘What? I’d smoked a blunt with my dad, like two days before.’ I said, ‘You sound crazy’. He laughed and said, ‘You know what, that is crazy’. But that’s what it is, nobody really knows what the fuck is going on with me, so even if you love me, sometimes you have to reach out into the ether and pull back some bullshit.”

ON THE DAY AFTER THE GRAMMYS: “It was like I had this weight lifted off my shoulders. It felt like the craziest, most nerve-racking moment of my life was over, so I don’t give a fuck from here. What could be more nerve-racking? I just felt really free in a weird way. If anything, it felt like, you know what, the sky’s the limit. It hasn’t deterred me. I was definitely upset in the moment, and a little embarrassed, but I wasn’t deterred. I felt more inspired to make music than I ever had been because it was like, I can do whatever the fuck I want.”

ON “THE WEEKEND” VIDEO: “Solange directing “The Weekend” came together when I was on tour, randomly. She had an idea that she was very clear about. I was honored to be seen through her lens, it was a vibe. I learned a lot about shooting on film, and also about thinking for myself and expressing my ideas and my artistic ability. I just think so highly of her, and wanted to let her do exactly what she wanted. Her and Beyoncé are completely different people, and there’s a completely different energy, but they have the same brightness, fervor, individuality. It’s golden.”

ON NEW MUSIC: “I realize I have a lot more work than I did before. I like simplicity as much as I like complexity, I think this will be an interesting round of sifting through that realm. A lot more jumbled. I know it’s going to get way more chaotic. I’m really excited to find the extreme moments of beauty in that. I think it’s going to become really fucking interesting. I’m so ready for it.” 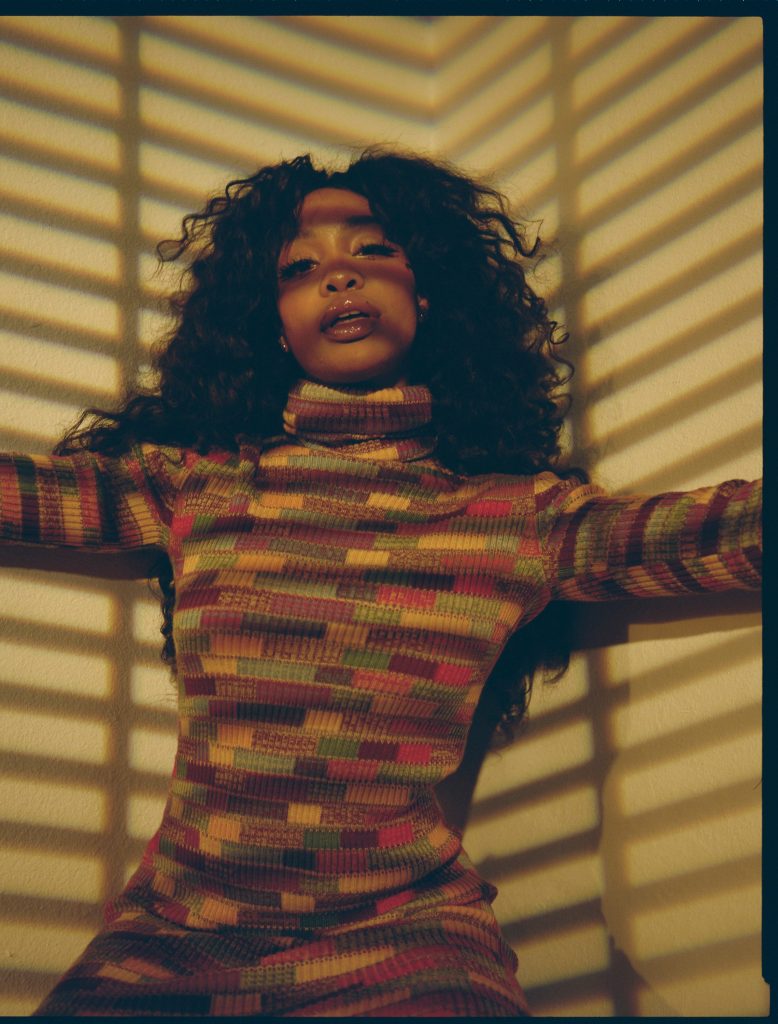 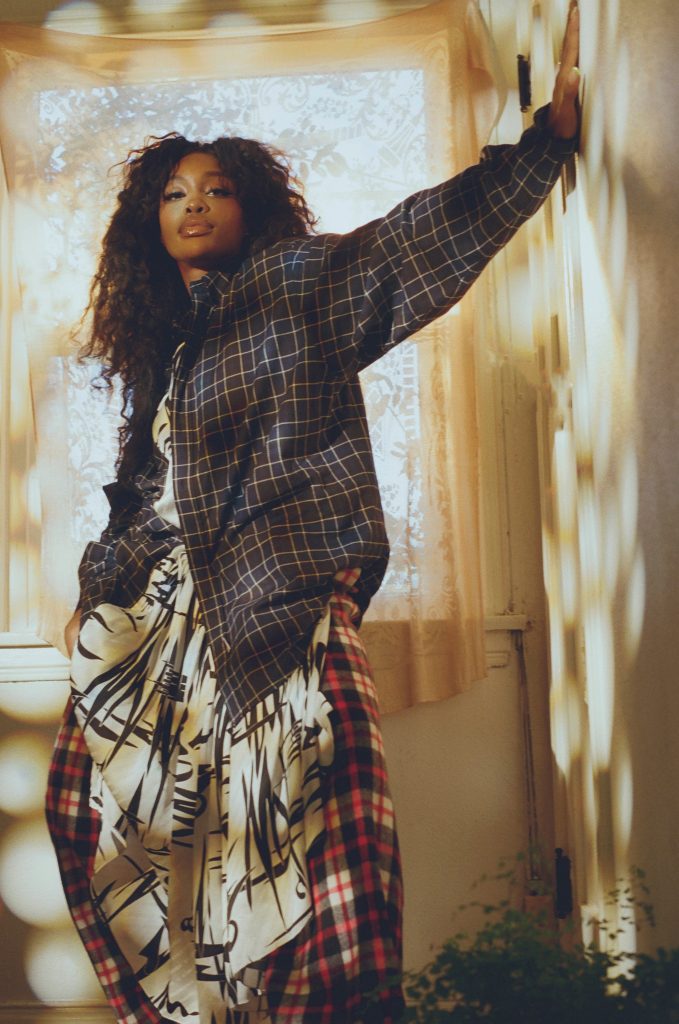 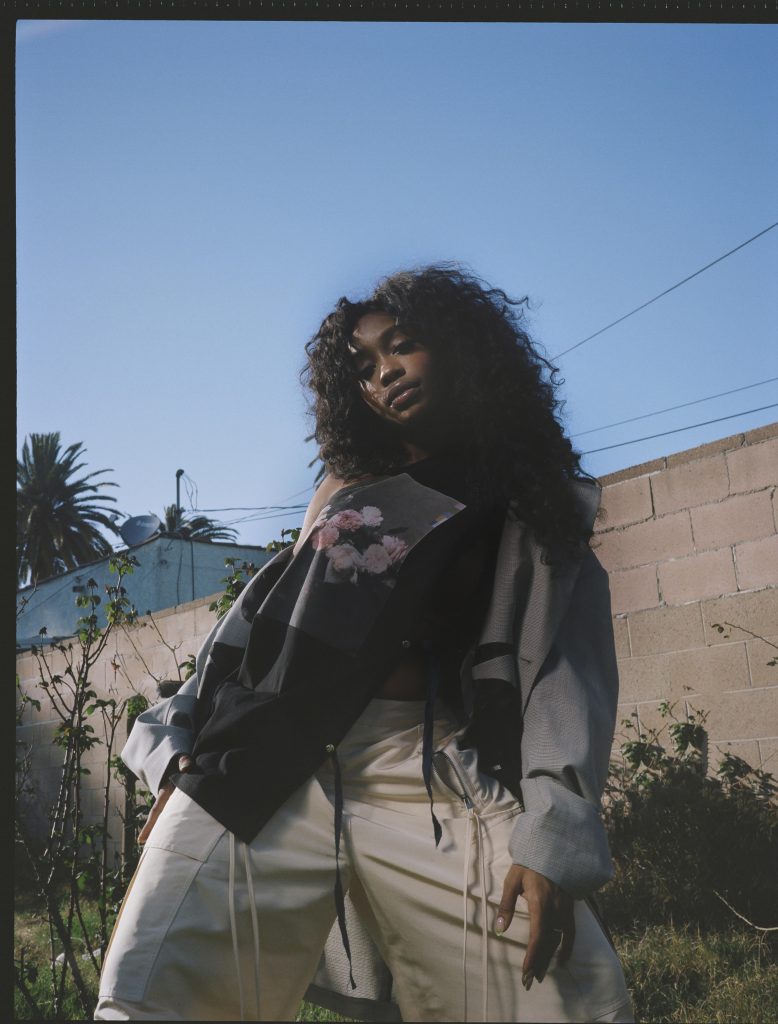