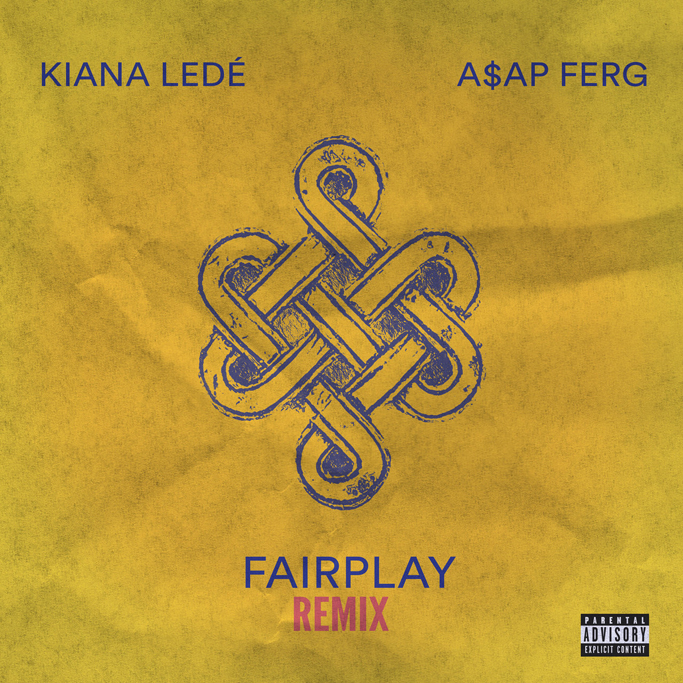 After giving us the official acoustic video, singer/songwriter Kiana Ledé has returned with the official remix to her buzzing single “Fairplay.” The Arizona-bred songstress links up with Harlem rap extraordinaire A$AP Ferg for the extended Hip-Hop/R&B collabo.

Kiana opens the revamped version with her original verse and hook singing, “Tell me why you mad / Tell me why you hurt / Bet you didn’t think that the tables would turn. Ferg joins her on the second verse with a rebuttal from the perspective of the apologetic boyfriend.

“I’m facin’ the karma,” he raps. “I’m guilty as hell / I pay for your nails and latest designer / The Gucci and Prada / You say I stay in the problems / I stay in the nonsense.”

Previously speaking about her inspiration for the song, Kiana explained.

“I wrote this song when I went through a messy breakup. I got cheated on, and I was in that angry phase that you go through when you have a breakup,” she says. “It was a blessing in disguise, because that relationship was affecting my growth. I needed that relationship to end so I could grow. A lot of good things were happening to me after that, so I thought, ‘Man, that’s karma.’ I feel like I put my whole heart into that relationship and good things still [came from it], even though he gave up. So what goes around, comes around.”

Kiana Ledé is currently prepping for the release of her debut EP via Republic Records. Take a listen to the “Fairplay” remix below.

New Video: MAJOR. - Better With You In It