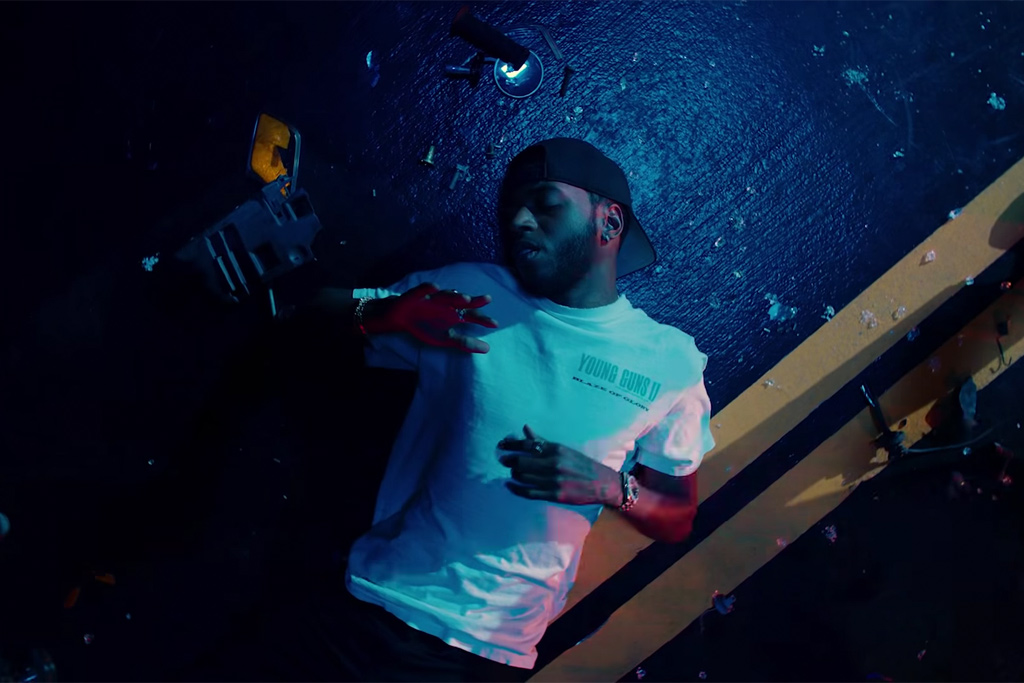 6LACK grapples with fame in the video for his latest single “Switch.”

In the opening scene of the Rohan Blair-Mangat-directed clip, the Atlanta crooner lays on the pavement next to his Yamaha motorcycle after an accident. But instead of helping, paparazzi rush to take pictures of the crash. Then it flashes to old footage of 6LACK when he was less famous, including videos of him cutting off his dreads and home videos of his daughter.

“Now switch, tell me how it feels to be somebody else,” he sings as he comes to terms with his new life in the spotlight.

6LACK is now readying the follow-up to his 2016 debut Free 6LACK and recently teased a collaboration with J. Cole. He can currently be seen on Chris Brown’s “Heartbreak on a Full Moon Tour,” which continues through Aug. 4 in Las Vegas.