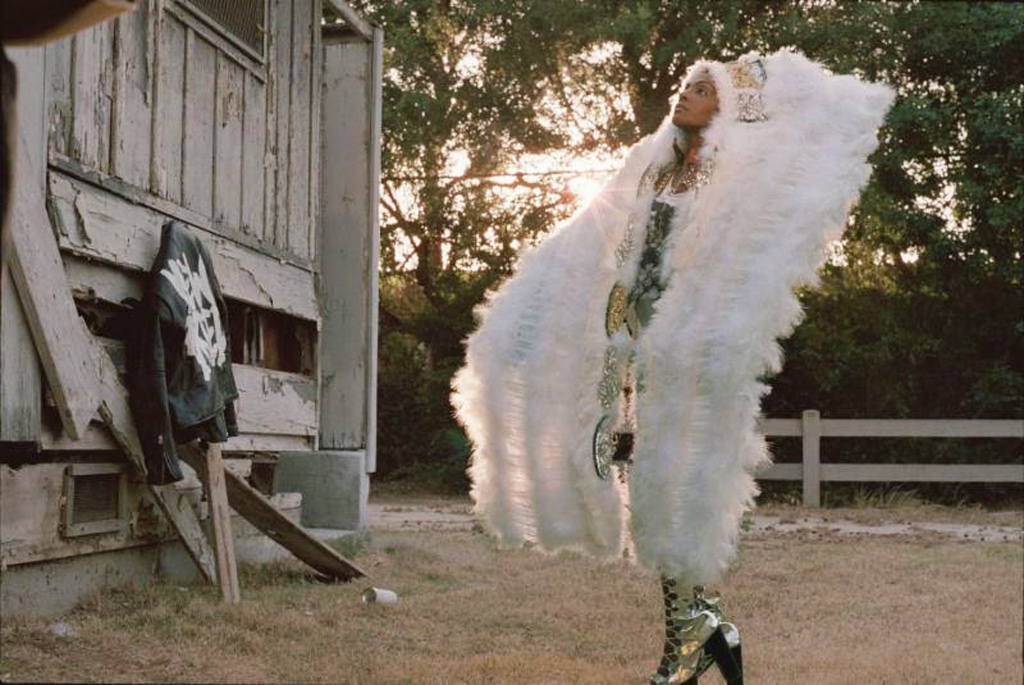 DAWN goes back to her roots in the video for her new single “Jealousy.”

Filmed in her native New Orleans, the Monty Marsh-directed visual celebrates the traditions of the Mardi Gras Indians and features Chief Montana of the Washitaw Nation, a tribe that’s been in DAWN’s family for generations.

DAWN dons a traditional Washitaw Nation headpiece hand-sewn by Montana himself. According to a press release, DAWN is “one of the first women in history to be given permission to wear a chief’s headdress.”

“The visual explains my roots in the Washitaw Nation Tribe,” explains DAWN. “I wanted to show New Orleans in a light most have never seen or are aware of. The Black Indian and Power of our traditional garb are shown in the visual. Chief Montana created my hand sewn headpiece representing the power of being both King and Queen. Our tribes spend all year beading these costumes to then dance and show off their work among other tribes. I used this practice as a metaphor for my response to his ex. Simply that I’ve put a lot of work beading and sewing my relationship, something she will never understand or never be able to do.”

Continuing about the inspiration behind the song itself, DAWN says: “’Jealousy’ is a conversational record. Everyone experiences the encounter with their partners’ ex differently. This record explains how a ninth ward girl from New Orleans handled hers. The verse is my honest letter to the ex and her admission to jealousy is the hook. This song speaks on how jealousy can be a drug.”

Next up, DAWN will reunite with her former Danity Kane bandmates Aubrey O’Day and Shannon Bex on “The Universe Is Undefeated Tour,” which kicks off Sept. 28 in Stamford, Conn. She is currently working on her new album, which is due out in 2019.