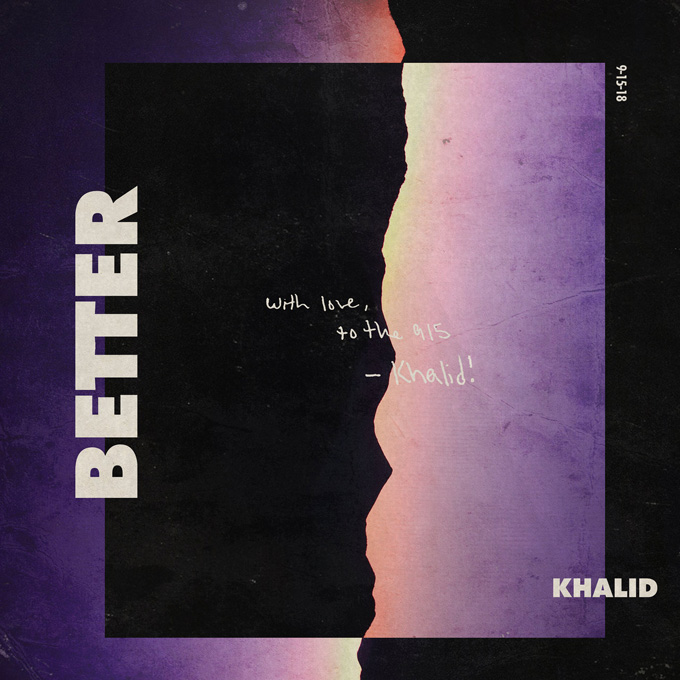 Khalid has one of today’s biggest breakout careers. After topping charts and earning Grammy nominations with his critically-acclaimed debut American Teen, the young singer-songwriter is already prepping his much-anticipated follow-up. Hot off his blazing collaboration “OTW” with Ty Dolla $ign and 6LACK, the 21-year-old crooner returns with the smooth mid-tempo, “Better.”

Emphasizing the feelings of a special but secret blooming romance, Khalid praises his private emotions.

“Love to see you shine in the night like the diamond you are,” he sings. “No one’s got to know, what we do, hit me up when you’re bored.”

The Texas native dedicates the song to his hometown of El Paso. “With love, to the 915,” he writes on the cover art. Just this week, he earned three American Music Awards nominations and also received the key to his hometown.

“This is such a huge honor,” said Khalid. “It’s truly nothing I would’ve ever imagined. Never really felt like I belonged or had a home before I moved to El Paso.”

Additionally, he recently scored his first top 10 hit on the Billboard Hot 100 with “Love Lies” featuring Normani, which peaked at No. 9.

I wanna give a big thank you to Mayor Dee Margo and the city of El Paso for giving me the key to the city, this is such a huge honor. It’s truly nothing I would’ve ever imagined. Never really felt like I belonged or had a home before I moved to El Paso. So happy I get to spread the happiness/positivity this city gives to me, to the WORLD. It’s 915 for life. Alexa play I Got the Keys by DJ Khaled