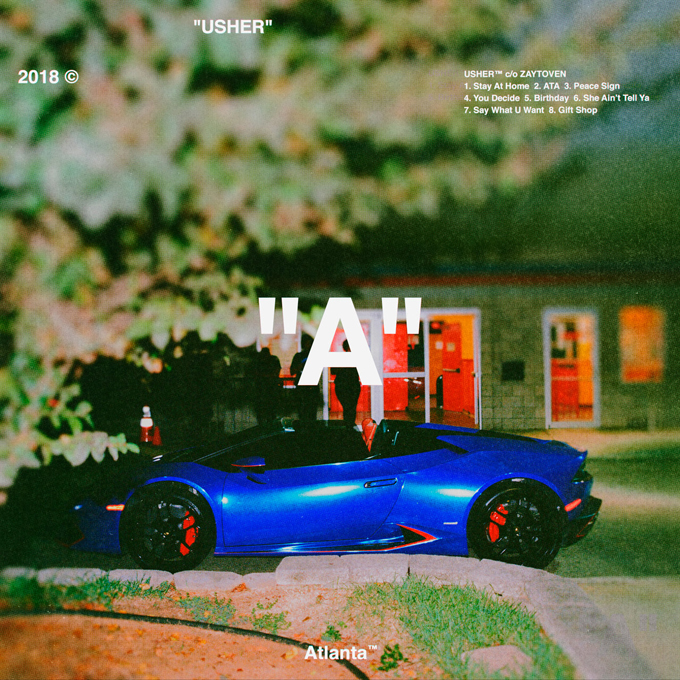 Days before his 40th birthday, Usher surprises listeners everywhere with a brand new project that pays homage to his A-Town roots.

After a brief teaser video yesterday, the R&B legend releases the 8-track EP, ‘A‘ with producer Zaytoven. The project sees the singer expressing the culture of Atlanta delivering a modern Trap-&-B vibe. The 8 tracks come with only two features from Future (“Stay at Home”) and Gunna (“Gift Shop”).

According to Usher, the project was written and recorded solely in Atlanta over only 5 days, and it was all done recently to help celebrate his birthday (Oct. 14).

“We did not plan on making an album. I don’t think it was one song or moment where we realized. Stuff was just coming out,” Usher explained to Apple Music. “Zaytoven worked on a lot of tracks in the moment based off our conversations. This happened in a very organic fashion; 48 hours ago I decided, ‘Let’s put this out on my birthday’.”

Speaking about the inspiration from the city for the project and titling it ‘A,’ Usher says: “I think Atlanta is about collaboration around genre and feelings, not a sound. It’s a melting pot. It’s not Nashville, where it’s just country; it’s not Los Angeles with gang culture; it’s not Chicago, where it’s a specific feeling. Atlanta is inclusive of all things—it’s melodic, it’s trap, a little R&B. It’s all of those things in one song.”

Turning 40 is a milestone for anyone, but at this point in his career, Usher says there is much more of an expectation to live up to. “The more successful you are, the more you analyze where you are and what you should put out, and what people want,” he says. “But when you give them the choice to just be in the moment as opposed to saying, ‘Pay attention to the single’—people want to feel like they’re connected to where you are, not to a campaign.”

As for this project, Usher just wants fans to feel the freedom he had recording it. “I want [listeners] to feel the spontaneity of what happened. I want them to celebrate with me knowing this is a soundtrack for an amazing moment that just happened between me and Zaytoven.”