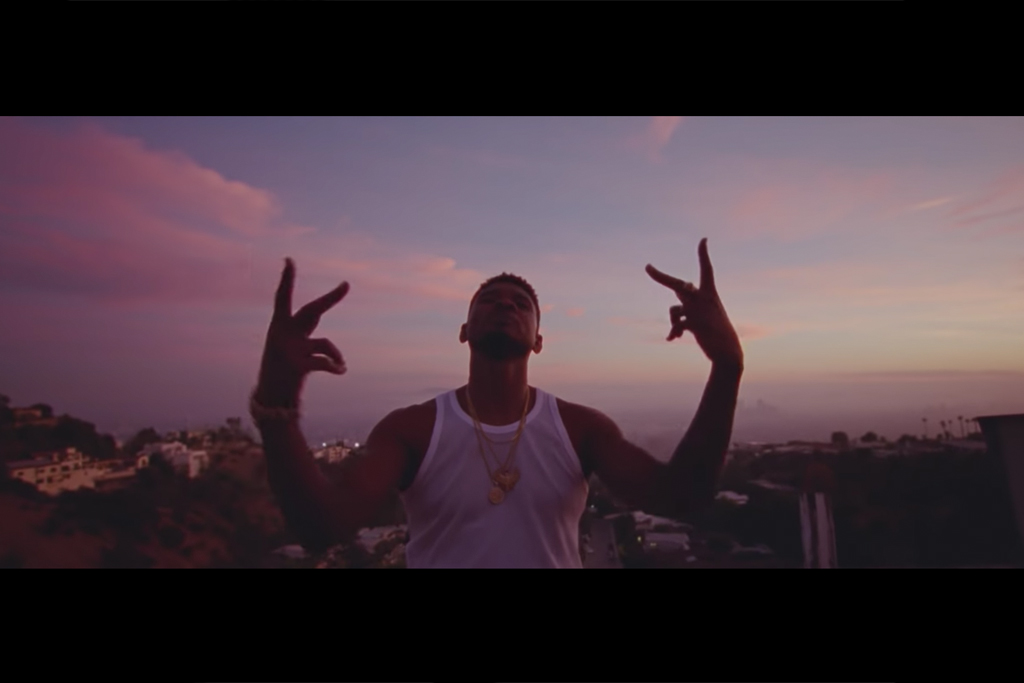 After dropping his collaborative project with Zaytoven ‘A‘ earlier this year, Usher releases a visual for the standout track “Peace Sign.”

The R&B superstar divides his time between Los Angles and Atlanta in the clip. He cruises through downtown L.A. in a Lamborghini, eats at a diner, and posts up in front of the neon marquee at the Orpheum Theatre. Ursh also showcases his hometown of ATL and the famed gentlemen’s club Peaches of Atlanta. Zaytoven makes a brief cameo at the diner.

Usher released his surprise project ‘A‘ in October to celebrate his 40th birthday. The 8-song set, produced entirely by Zaytoven, features appearances from Future and Gunna.

Ride out with Usher in the visual below.