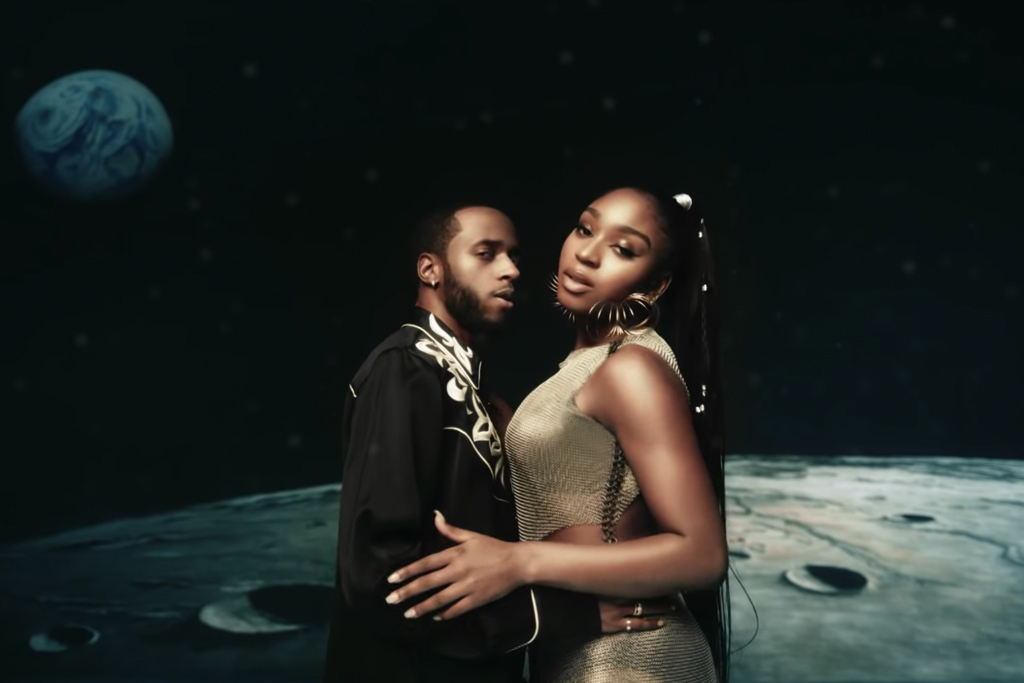 In the Emil Nava-directed clip, the former Fifth Harmony member delivers choreographed moves in a “place lost between space and time.” The songstress dances on a sandy planet and glows under the stars. Later, she dives underwater and meets up with 6LACK for some steamy scenes.

“Proud to finally share this with you guys,” wrote Normani. “There was SO much love and hard work poured into this video. Hope you like it.”

After recently collaborating with Sam Smith on “Dancing With a Stranger,” Normani is readying her highly-anticipated debut solo album. She will join Ariana Grande on the North American leg of “The Sweetener World Tour” starting next month.