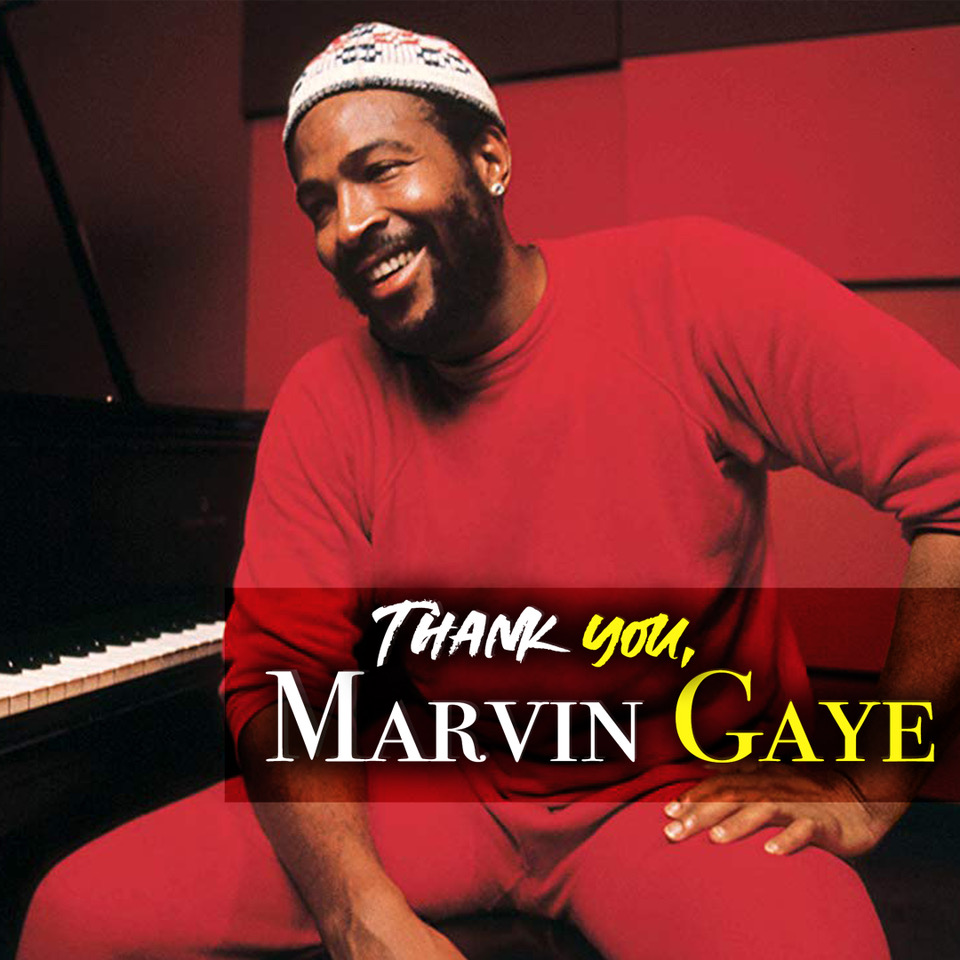 Whether you refer to him as the “Prince of Motown” or the “Prince of Soul,” there’s no denying the impact Marvin Gaye has had on music. Shaping the sound that Motown is popularly known for today, the multi-talented artist delivered songs in the ’60s, ’70s, and ’80s whose sounds are still prominent in music today.

Initially starting off with the doo-wop group The Marquees in the late ’50s, Marvin Gaye hoped to get the musical traction he had left the military to pursue. And while the backing from esteemed artist Bo Diddley should have been enough to get the group off the ground, their single “Wyatt Earp” didn’t end up like they hoped. It was after this that Gaye started to compose music for other artists.

The group was then hired by Harvey Fuqua — R&B singer-songwriter, producer, and record label executive — and changed their names to Harvey and the New Moonglows. In 1959, the group released the single “Mama Loochie,” which was Gaye’s first song as the lead vocalist. Just one short year later though, they disbanded and the singer went on to pursue a solo career. A decision that we would always be thankful for.

With no true intention of becoming an R&B singer, in the early ’60s, Gaye signed with Motown label imprint Tamla Records and focused on recording music more so along the lines of the jazz genre. His debut single “Let Your Conscience Be Your Guide” unfortunately did not do well and the singer found himself performing drummer work for other artists. The next year, however — in 1962 — Gaye started his run with success when he co-wrote “Beechwood 4-5789” for the Marvelettes. Following that, he received his first solo hit “Stubborn Kinda Fellow,” which reached number eight on the Billboard R&B chart. HIs first top 10 single, “Pride & Joy,” was released in 1963, while his first run on the Dance charts was with the 1962 single “Hitch Hike.”

Though his single hits were very popular in the ’60s, Gaye was perhaps most prominently known during that era for his impeccable duets with singers like Mary Wells, Kim Weston and Tammi Terrell — all of which earned him hit singles and albums. Songs such as “Ain’t No Mountain High Enough,” “Ain’t Nothing Like the Real Thing,” “You’re All I Need to Get By” and “It Takes Two” were hits that derived from Gaye working with the aforementioned artists.

In the late ’60s, however, Marvin tapped into his R&B side with the release of his rendition of the chart-topping hit “I Heard It Through The Grapevine.” Subsequently, his album “M.P.G.” became his first R&B album to top the charts, too. To kick off his years in the ’70s, Gaye would record the “What’s Going On” album within 10 days, boycott his label, receive a plethora of accolades for the album, and sign the most lucrative deal ($1 million) by a Black artist to date at the time to get the boycott to end. “What’s Going On” also spawned the top 10 singles “Mercy Mercy Me” and “Inner City Blues.”

Throughout the ’70s, Gaye would go on to release six solo albums — including “Let’s Get It On” and “I Want You”—  and one last duet album with Diana Ross, aptly titled “Diana & Marvin.” The album “Let’s Get It On” stayed on the charts for two years, held the top spot for 11 weeks on the Top R&B/Hip-Hop chart, and sold over four million copies. A feat that was rarely seen in that decade.

Gaye’s final album “Midnight Love” was released in 1982 and featured his biggest career hit, “Sexual Healing.” The single spent 10 weeks at the top spot on the now-titled Hot R&B/Hip-Hop Songs chart. It also won the singer his first two Grammy Awards in 1983. After his win, Gaye embarked on the short-lived “Sexual Healing Tour” inspired by the success of the single and while it was successful, he unfortunately ended the tour short and moved into his parent’s Los Angeles home to hopefully eliminate his use of cocaine and get back on track.

Just one day short of his 45th birthday on April 1, 1984, however, Marvin Gaye was fatally shot by his father after he attempted to defuse an altercation between him and his mother.

Overall, Gaye released 17 solo studio albums prior to his death, with many of them having consecutive releases and the last being his most successful in 1982. And while there’s no way to fully explain the impact or even what music is perhaps missing with him no longer being here, we’re doing our best to show him the love that he would have continued to get had he not been taken too soon. And artists like Eric Sermon, Joe, G-Unit, Scarface, Common, Mary J. Blige and more have done the same with their own sampled hits.

So, thank you, Marvin Gaye, for all that you’ve contributed and continue to contribute — even now — to the R&B and Hip-Hop genres.

Check out our playlist “Tuned In: Marvin Gaye” exclusively on Spotify.