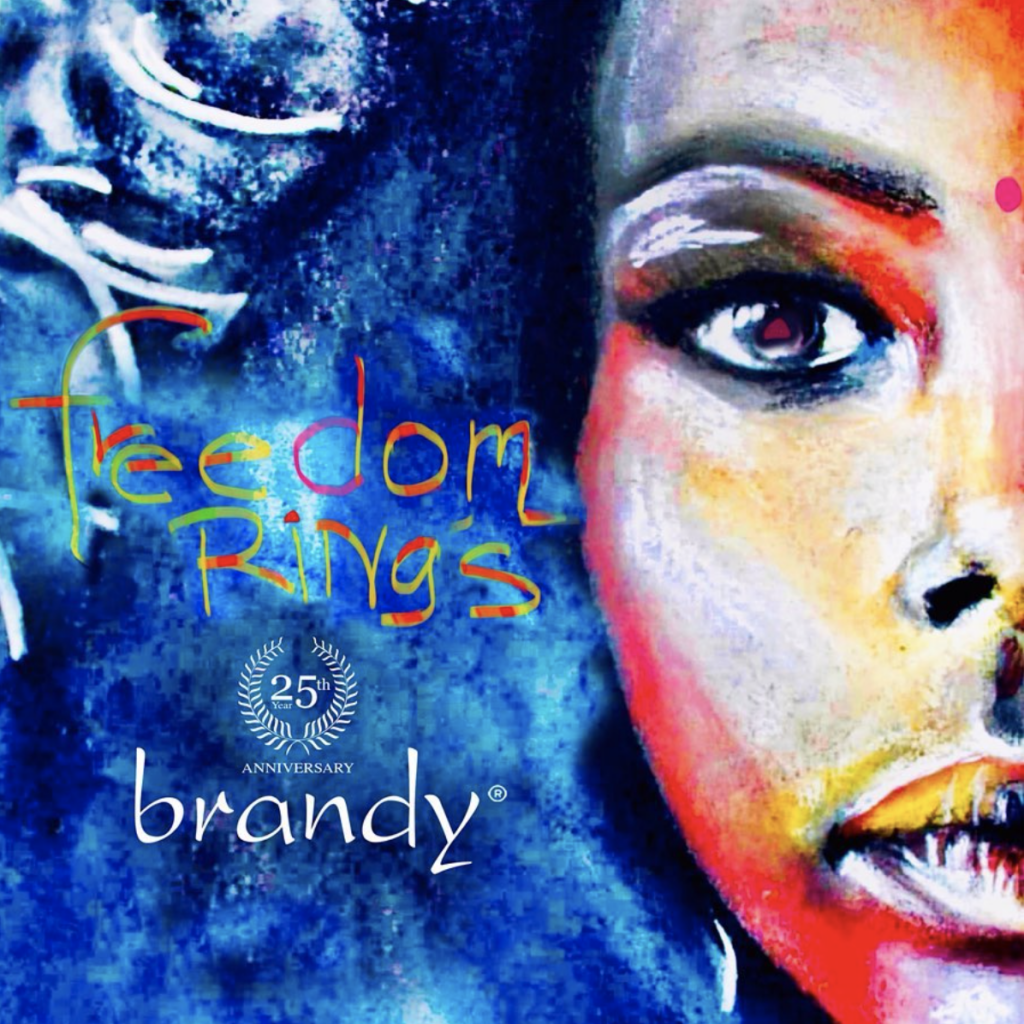 Brandy‘s back and fans couldn’t be happier! Releasing her new single “Freedom Rings,” the talented songstress is putting the “blues” back in Rhythm & Blues.

Teasing the single earlier this week, we reported that this would be her album title. This, however, was a smaller, yet equally appreciative treat. Singing out, “Gave you all I had / My love / My blood / My sweat / And my time / But you wanted more / I invested these years / These tears that I cry,” Brandy sings out about giving the world her all only to have them pull out all of her demons.

Noting that she was “crumbled and broken,” the song is a vulnerable and hypnotic track that follows the format of 2016’s “Beggin & Pleadin.” Delivering Sunday Soul vibes with her powerful and aggressive vocals, this song is another example of how the veteran singer has the ability change up her range and vocal style on any track put in from of her.

“Freedom Rings” arrives on the 25th anniversary of her self-titled debut album so we can only expect that the album will be following soon.

Take a listen to the new song below.