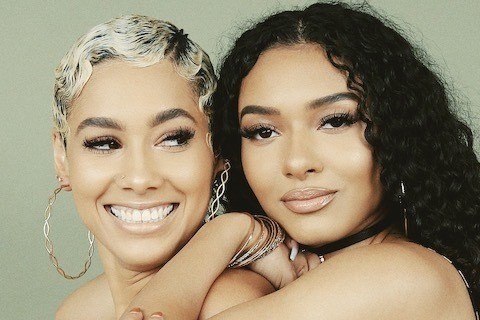 Looks like sister duo,  Ceraadi have turned my inner Scrooge joyful with their house-party inspired visual for the holiday single, “Christmas With You”. And I thank you.

The buzzing LA – based artists premiered the visual the other day via VIBE, who called the video “hilarious and charming”.

The video directed by Eli Sokhn depicts Ceraadis playful energy as they vibe through their house party with candid appearances from Next Town Down. The single and video release for “Christmas With You” follows their recently released summer EP Ceraadi’s Playlist which received praise from the likes of ELLE, Genius, Refinery29, NYLON, and included the fan favorite singles “Loyal”, “That’s What She’d Say” and “Dumbstruck”.

Now available on all streaming platforms, “Christmas With You” displays Ceraadi’s fun and funky style while highlighting their R&B infused holiday anthem. 2020 is set to be a stellar year for the ladies as they ready their upcoming EP and prepare to perform their latest music at The Mint in Los Angeles on December 12th.