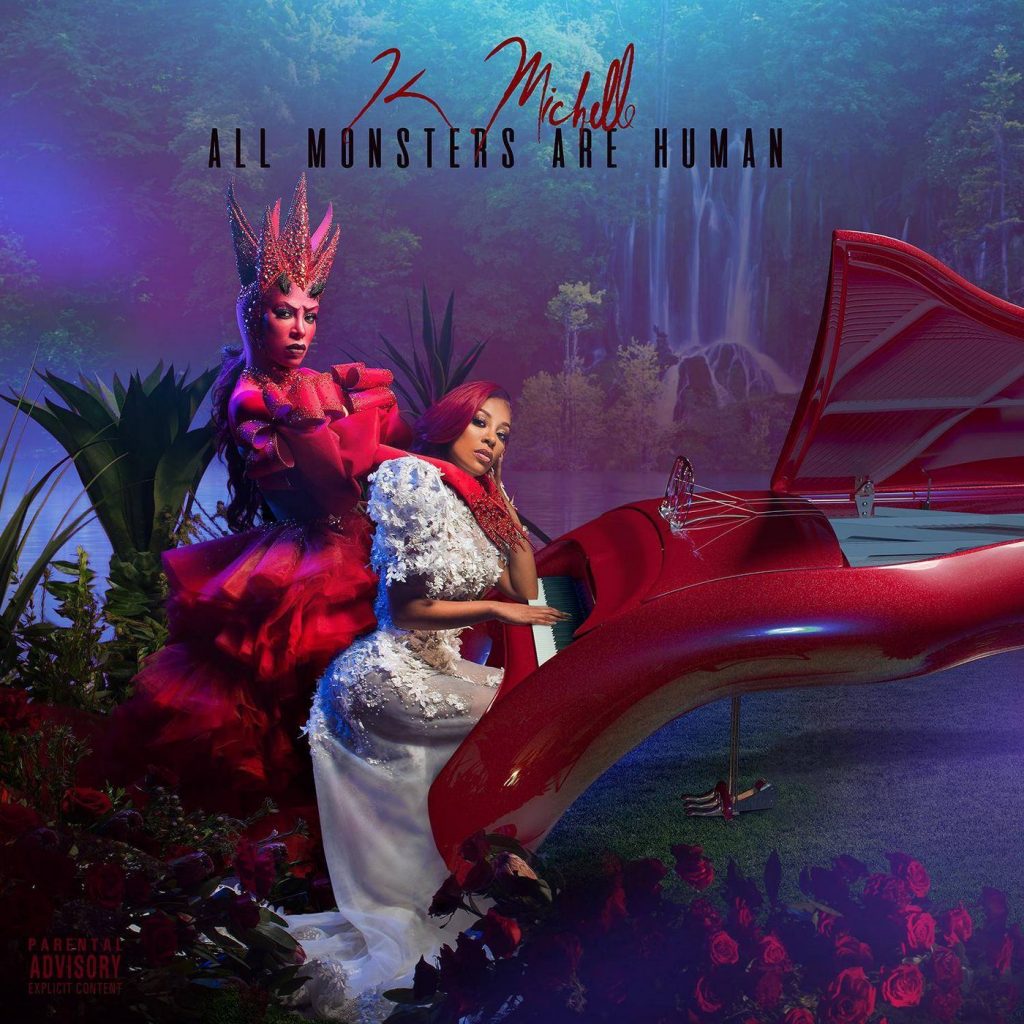 K. Michelle is back and she’s ready to bare it all. Serving as her first studio album release since 2017’s KIMBERLY: The People I Used To Know, All Monsters Are Human has been on the radar of her fans for some time now and now that it’s here, it’s been well worth the wait.

Led by the Kash Doll and City Girls-featured “Supahood” and the soulful New Edition sampled “The Rain,” the 13-track project is K’s first venture as an independent artist. Executive produced by K. Michelle herself, the project hosts no additional features — other than the aforementioned — and offers production and writing from Jazze Pha, Drumma Boy, Brandonn “B.A.M.” Hodges, and more.

Featuring heartfelt tracks such as “All The Lovers” and “Ciara’s Prayer” and “red wig” inspired tracks such as “That Game” and “OMG,” fans over the songstress will get many versions of the K that they all know and love.

In addition to releasing the project, K. Michelle dropped her video for the album’s first track, “Just Like Jay” yesterday.

Ready to see what she’s cooked up this time? Stream All Monsters Are Human below.