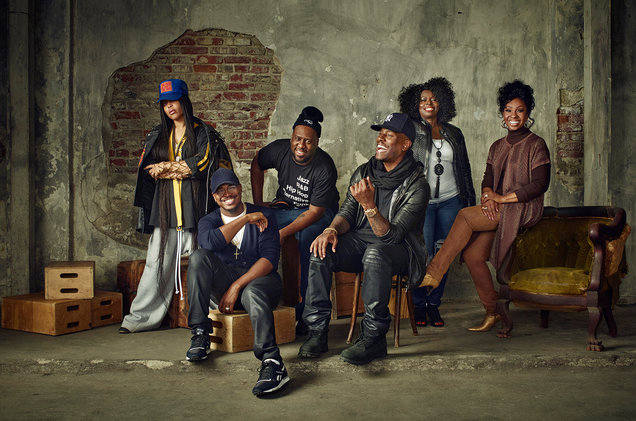 The moment we have been waiting for… In advance of the 2016 Soul Train Awards, which will air this coming Sunday (Nov. 27) on BET and Centric, the networks have given us an early look at the second year of the “Soul Cypher.”

In this preview clip, the singers soulfully harmonize on Knight & the Pips’ 1973 classic “Neither One of Us.” Check it out below.

Conceived by Badu, the Soul Train Awards’ inaugural 2015 soul cypher featured Lalah Hathaway, Eddie Levert, Chrisette Michele and K-Ci Hailey. “I felt it would be really cool,” Badu told Billboard last year. “I handpicked the artists and the music; I was just amazed that it came together so fast. It was one of the most brilliantly received pieces of the evening.”

Featuring performances from BJ The Chicago Kid, Ro James, D.R.A.M., Anderson .Paak and more, as well as special tributes to Brandy and producer/artist Teddy Riley, the 2016 Soul Train Awards will premiere Nov. 27 on Centric and BET at 8 p.m. ET.

(Photo by Zev Schmitz for BET)