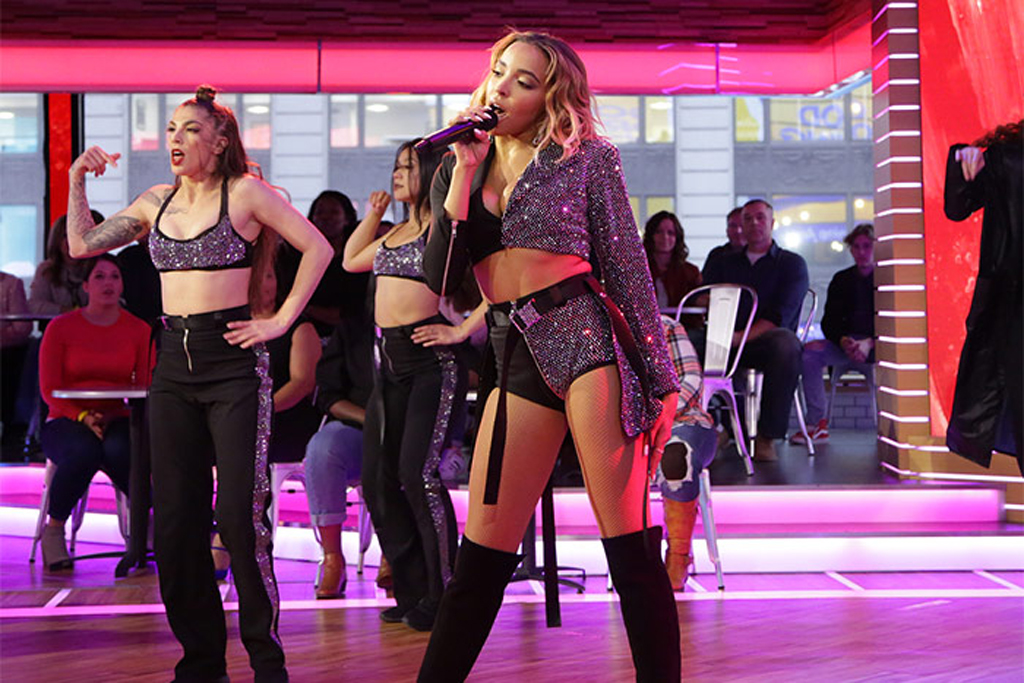 Rising bright and early for soundcheck at 6am, the pop/R&B vixen is in full album promo mode as her long-awaited sophomore LP Joyride is due out next week (April 13).

Dressed in a half black and half shimmering two-piece suit, the singer/songwriter delivered a rousing rendition of single “No Drama.” Offset of Migos wasn’t there for his verse, but Tinashe made up for his absence with a choreographed dance breakdown.

“No Drama” is one of three singles off Joyride. Recently, Tinashe also released “Me So Bad” with French Montana and Ty Dolla $ign as well as “Faded Love” with Future. Now, she is one week away from the LP’s long-awaited and often-delayed release.

“There were a lot of setbacks,” she recently told Vulture. “I made the mistake of even talking about the project too soon. When I look back on the entire journey of it, I’m very thankful for the time that it did take. It pushed me to create the version of the album that is coming out now. It was important that it ended up taking as long as it did.”

Tinashe went on to say that she made three versions of the album and around 200 songs, including the title track, which almost went to Rihanna. “We bought it back,” she said. “It’s kind of crazy and I’m not even 100 percent sure what happened. We created the track, I wanted it for my project, then all of a sudden I found out — I was told — that she had purchased the whole concept and beat for her project [Anti]. Eventually, when that didn’t come out on her project, I was like, ‘Yup … still want it!’ I named my album after it. A couple other songs that I toured when I did my brief version of ‘The Joyride Tour’ will be on it. Most of the rest of the album was created relatively recently.”

Joyride is out next Friday (April 13).