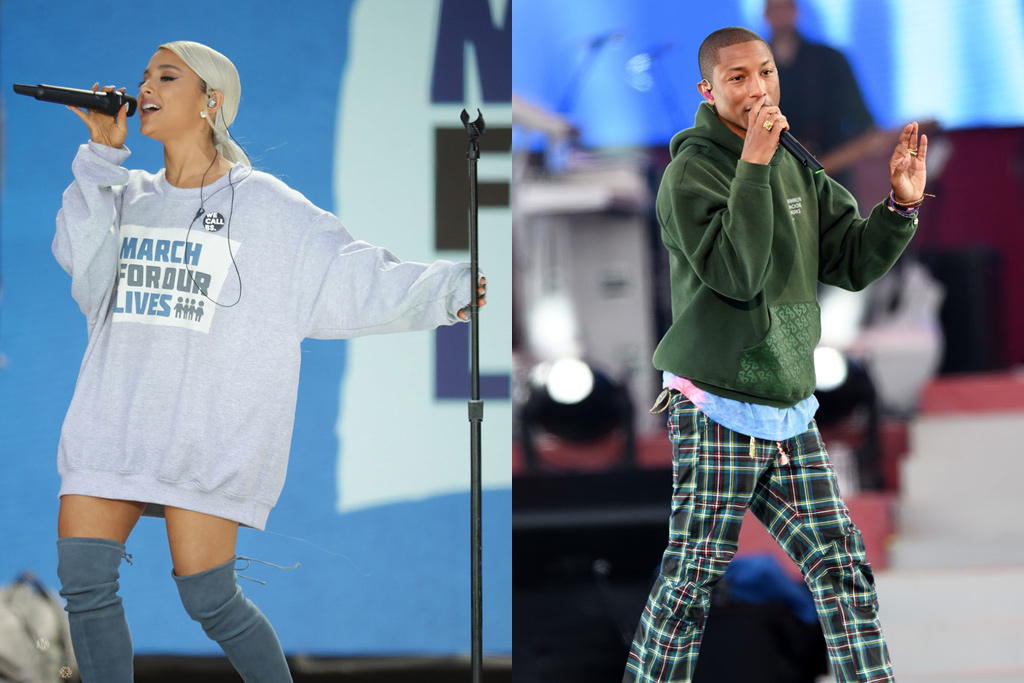 Ariana Grande and Pharrell Williams team up on “Arturo Sandoval,” an ode to the 10-time Grammy-winning jazz trumpeter.

“His melodies wash up on your mind just like seashells,” they sing over the jazzy instrumentation. “To remember that we’re all golden as well / Arturo Sandoval and the story that he tells / Reminds me of El Dorado.”

Sandoval tapped other stars for his upcoming album Ultimate Duets, due May 18. Stevie Wonder, Josh Groban, and the late Celia Cruz also guest on the 11-track project, along with the likes of Prince Royce, Alejandro Sanz, and Placido Domingo.

Expect even more Ariana and Pharrell collaborations in the near future. The two worked together on Grande’s upcoming album, Sweetener, which is expected in July.