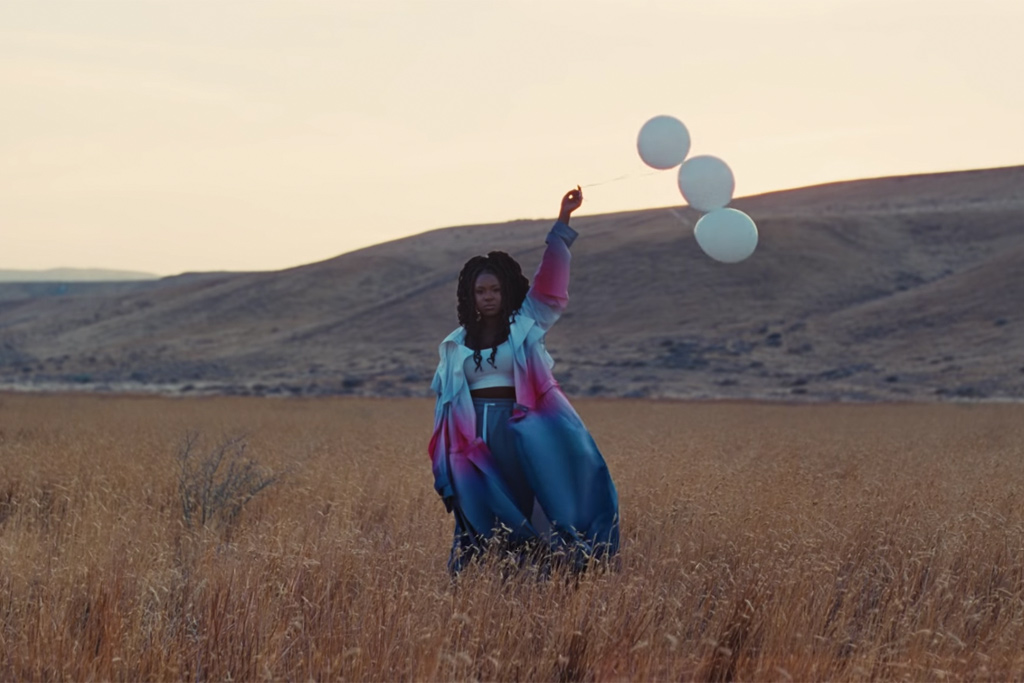 Only days after sharing the groovy new song “Drive and Disconnect,” London based songstress Nao unveils a tantalizing music video for her SiR-assisted single, “Make It Out Alive.”

The visual finds Nao in a very rural setting, a dusty desert town as wind blows through a clothes line and she sings from a chair in the dry brush. Her transcendent vocals play in harmony with the imagery of escaping a dead end situation.

“The video for ‘Make It Out Alive’ explores the transitional period of our lives,” says Nao. “We’ve left behind the old and heading into the new but between that we’re lost. Trying to find out direction and our path which can sometimes feel aimless. This is why I chose to shoot the video in the Californian desert. This idea of being consumed by vastness made me feel overwhelmed but hopeful at the same time.”

SiR appears to be waiting patiently at a bus station while he intertwines his soulfulness to the duet. “Why are we reckless when we care so much,” he sings. “We never plan to get our hearts involved / I just hope that we ready if we fall.”

“Make It Out Alive” is the second single off Nao’s much-anticipated sophomore album, Saturn, which is due out October 26.