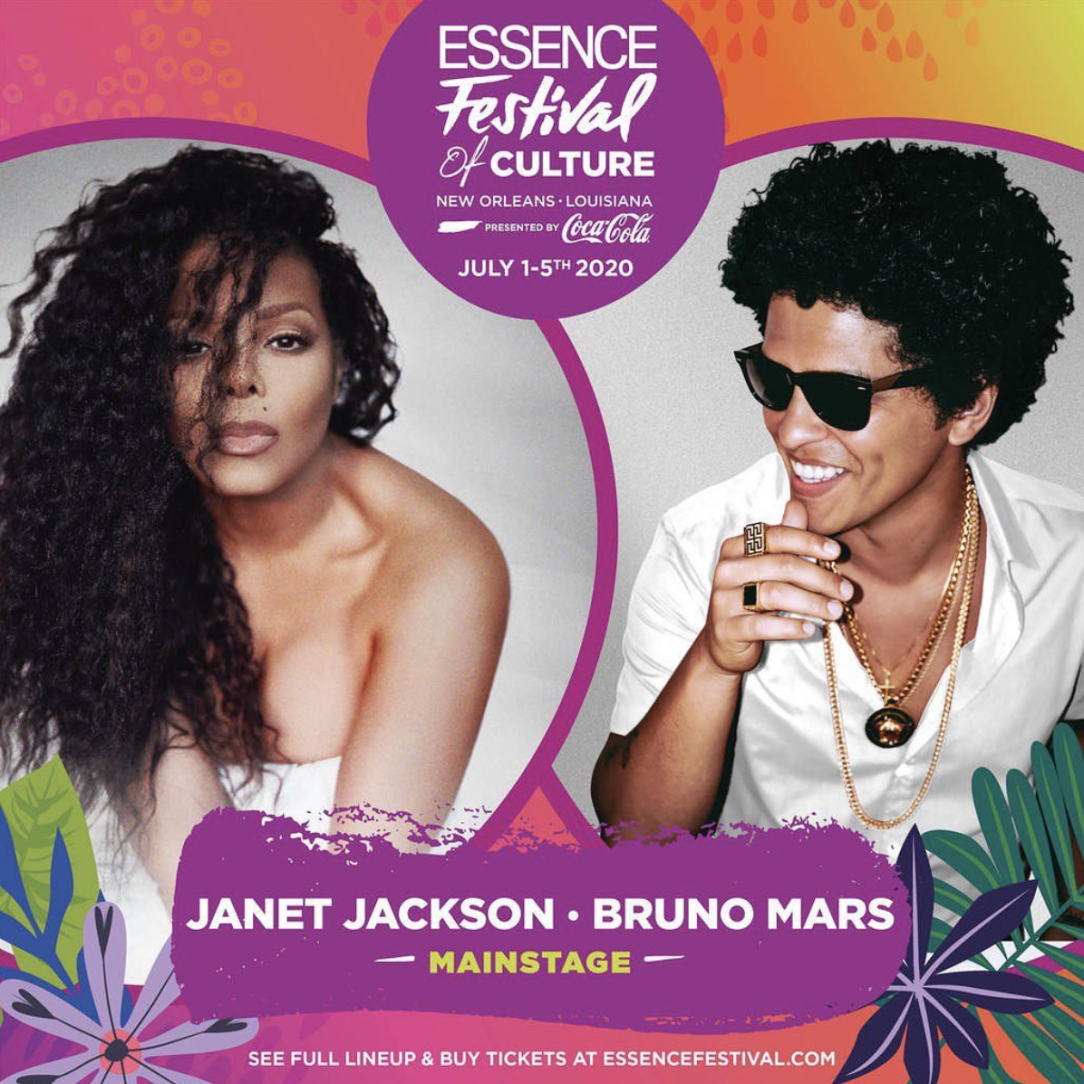 We hope you’re ready for a scorching hot summer — especially if you’re planning to be in New Orleans for Essence Fest 2020. Just releasing the first round of artists for their Superdome lineup today (February 11), the legendary publication has tapped some of music’s biggest stars to participate in this year’s weeklong event.

Tapping legendary artist and returning performer Janet Jackson as well as superstar performer Bruno Mars (who will be making his debut at the festival) as headliners, the Festival — which takes place from July 1 to July 5 to commemorate the publication’s 50th year anniversary, is guaranteed to be one worth the money spent.

Noticeably longer, the festival — which usually runs for three days and nights — also underwent a slight name change for this year’s festivities. Now titled Essence Festival of Culture, the event will also welcome an additional slew of performers on the MainStage such as Patti LaBelle, Ari Lennox, Summer Walker, Raphael Saadiq, Janelle Monae, Kranium and more. And, as previous years have produced, see host Loni Love take the stage with D-Nice orchestrating the music.

Additional performers, which can be found in the Superlounges, include June’s Diary, Goldlink, Kiana Lede, Tamia, Teamarr, Saweetie and more.

The news of the year’s lineup comes just a day after Janet Jackson announced plans for her upcoming Black Diamond album and its accompanying “Black Diamond World Tour 2020” as well as Bruno’s upcoming film with Disney.

Take a look at the first round of artists for the lineup below and for more information on the festival, ticket sales and accommodations, visit EssenceFest.com. 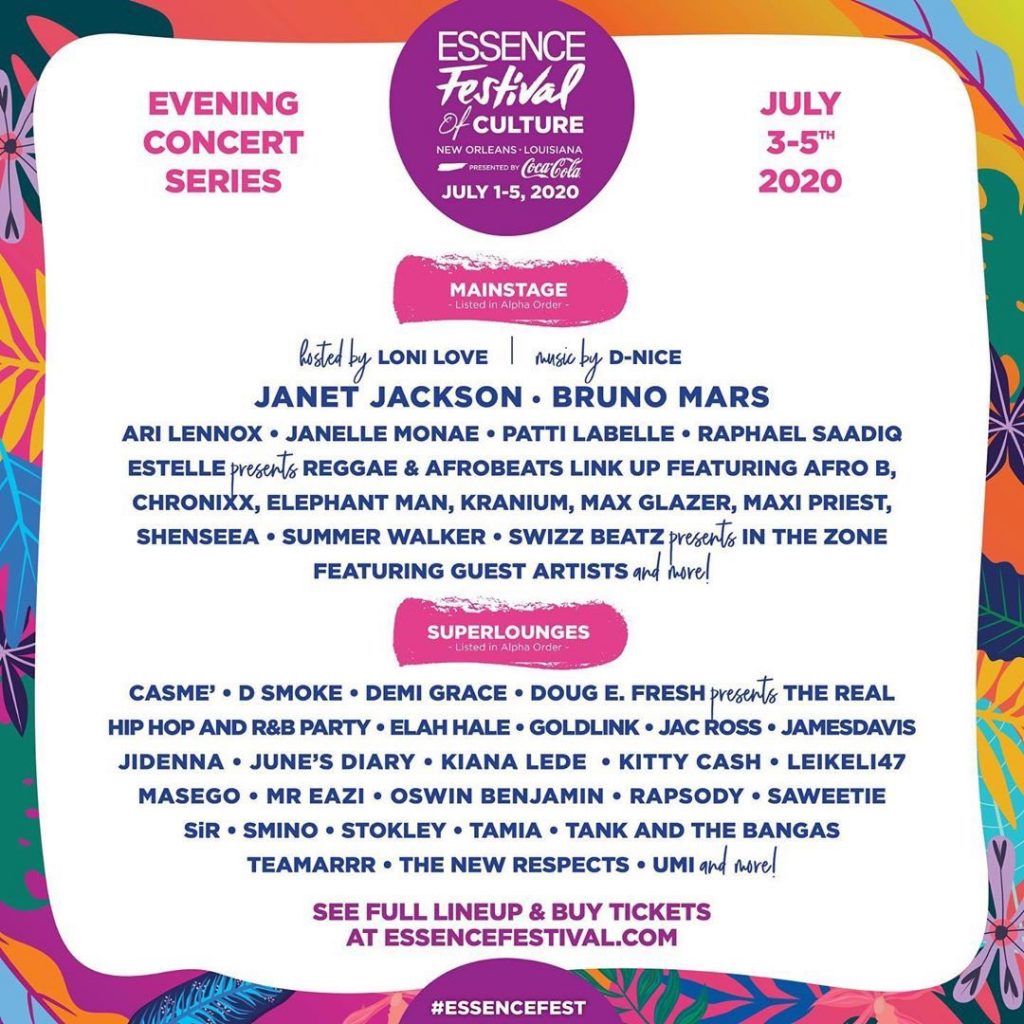