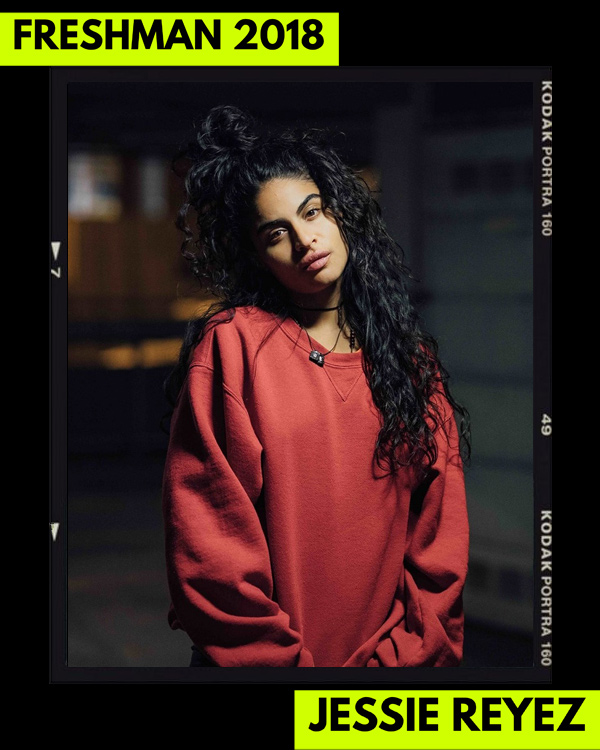 We were first introduced to Jessie Reyez in 2016, when she seemed to peak everyone’s interest with her single, “Figures.” Her raspy voice and blunt honesty, paired with catchy R&B melodies in her music was something no one expected from a young Toronto native with Colombian roots. She released her debut EP Kiddos in 2017 and solidified herself as someone to keep our eyes on, after an amazing acoustic performance she did of her viral hit on the 2017 BET Awards stage.

The 26 year-old’s brand of pop-tinged R&B has gained a lot of attention for it’s crossover appeal. She’s collaborated with EDM DJ Calvin Harris on his album Funk Wav Bounces Vol. 1, and Latin star Romeo Santos on his latest album, Golden. If you haven’t heard “Hard to Love” or “Un Vuelo A La” from those projects, respectively we highly recommend adding them to your music libraries. In anticipation for her debut album to release this year, we expect for Jessie to continue to infect fans with her distinct voice and raw lyrical delivery. – Jamila Wright