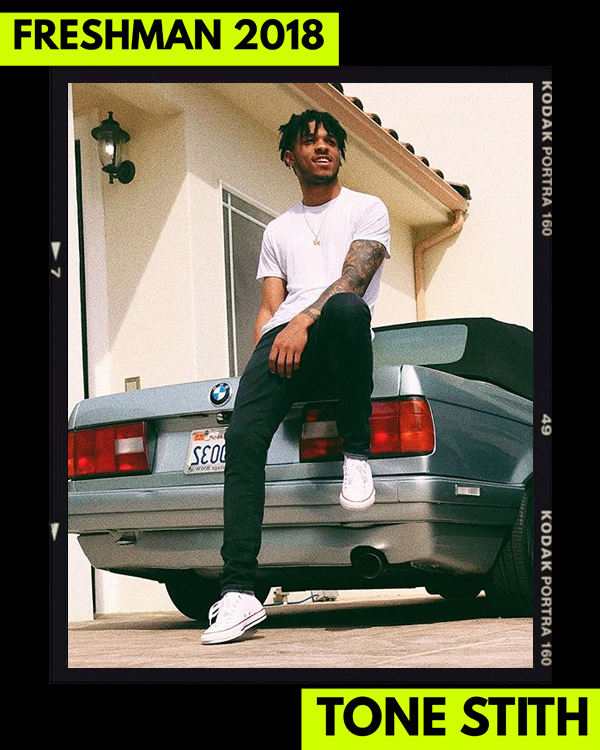 Artists are heralded for excelling in various creative roles in all of music, but in R&B we fully champion those that get the moniker ‘triple-threat’ or ‘quadruple-threat.’ This distinction is greatly enhanced in our genre through the element of showmanship. Our innovators and greats of the past were known to be jacks-of-all-trades in a sense, with the ability to be immersed in all aspects of their creative process. In today’s DIY culture we see more and more of these artists that not only write their own songs but are behind the production, the music video direction, the choreography, etc. This can be an accelerator for their career occasionally, but great talent still has be to nurtured. 22-year-old Antonino “Tone” Stith is the latest artist to align with all these aspects of potential greatness.

Raised in a musical family with his talent developed in church, the New Jersey native was first discovered in a group on YouTube. Signing with Rap-A-Lot Records heir Jas Prince’s growing imprint YEMG, Tone went into full development camp. Landing some major placements on Chris Brown’s album Royalty, the crooner began to share his own solo music on Soundcloud, building an organic following. In the summer of 2017, Stith made his official debut with the indie album Can We Talk. Traits of a young Chris Breezy are evident in Stith, as well as Usher and Michael Jackson. With the appeal of a heartthrob and the talent of a prodigy, R&B fans that are nostalgic for the golden era of modern R&B will find it in Tone Stith. – Jamie Wexler