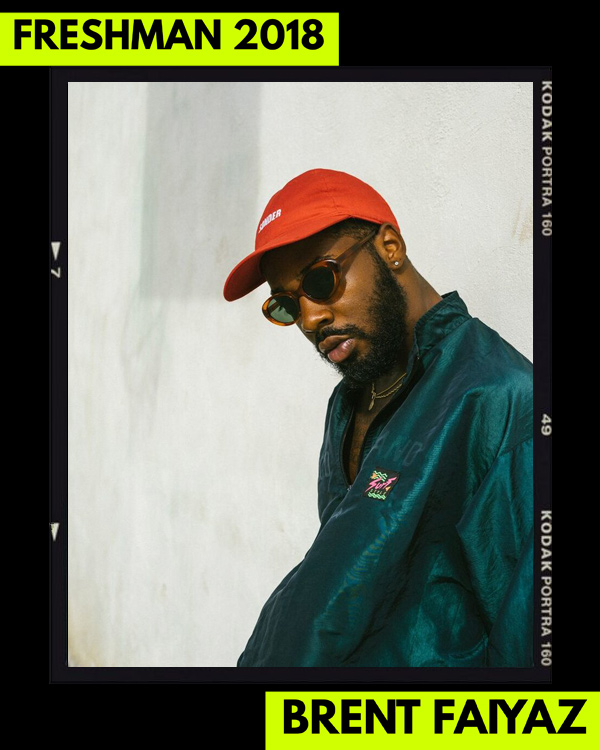 No two paths are equal, but rising singer/songwriter Brent Faiyaz is certainly following a unique one. Introduced to us two years ago with the songs “Invite Me” and “Poison,” the Maryland native was an underground songwriter at the time, grinding between Charlotte, NC and Los Angeles. He quickly followed through with the buzz-worthy EP A.M. Paradox, which landed him in the graces of “alternative R&B”‘s rising elite. Then, in the middle of his solo emergence, Brent began promoting a trio named Sonder, which includes himself and musicians/producers Dpat and Atu. The move was curious but the music was just as intriguing, and the two singles that followed would proper Faiyaz even further.

Sonder’s “Too Fast” was first released in the fall of 2016, but is still growing in popularity. However, teaming up with rapper Goldlink would actually turn to gold with the Grammy-nominated “Crew.” While that single was just growing, Sonder would release Into, their debut EP, to underground fanfare. At the time it was anyone’s guess if Brent Faiyaz was focusing more on the group or his own solo material, but it was clear he was just doing both. In the fall of 2017 he would surprise his growing fan base with the release of his debut indie album Sonder Son. Just recently wrapping up his first headlining tour, Brent Faiyaz is currently leading the underground R&B wave. Wise beyond his 22 years, the artist’s chest tattoo sums up his creative practices. “I don’t think art is propaganda,” reads a quote from artist Keith Haring that runs from shoulder to shoulder. “It should be something that liberates the soul. Provokes the imagination and encourages people to go further.” – Jamie Wexler