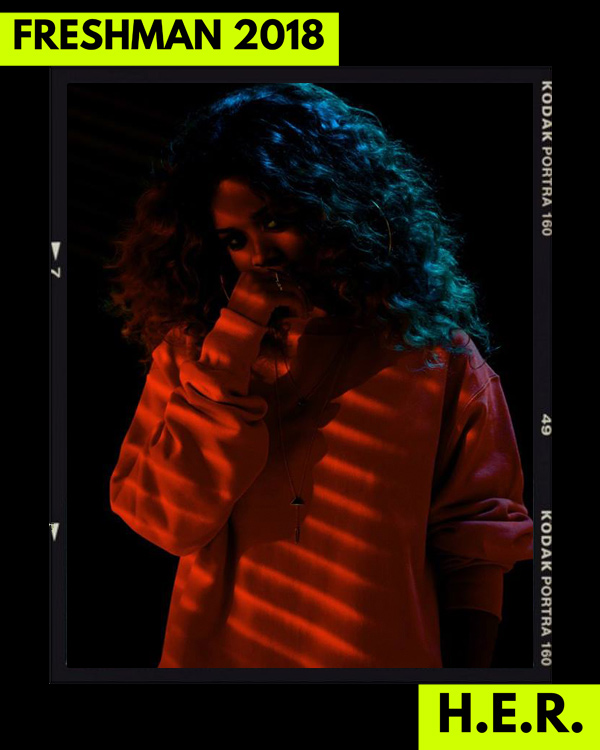 Back in 2014, BET released BET Presents Music Matters, Vol. 1. The project was a continuation of the network’s “Music Matters” initiative, through which they highlight emerging artists in hip-hop and R&B. The compilation included artists who were either just coming into their own at the time, or building on recent success – artists like Elle Varner, Melanie Fiona, Miguel, and The Internet, to name a few.

Track two on that compilation was “Prove,” an upbeat cut from a young lady named Gabi Wilson that featured a smooth flip of The Isley Brothers’ “Between The Sheets.” In 2015, Wilson would collab with producer Swagg R’Celious on a cover of Drake’s “Jungle” single. And then, Gabi Wilson disappeared.

In September 2016, however, a “Jungle (Remix)” that was eerily similar to Gabi’s surfaced on an EP, H.E.R., Vol. 1, released by a then-unknown singer from RCA Records deemed simply “H.E.R.” Vol. 1 was a gorgeous collection of vulnerable music, ranging from the defeated in love “Losing” to the seductively-pleading “Focus.” Smooth melodies, coupled with lyrics like “I haven’t had enough practice – all the ones before you were just a mistake and not a distraction,” resonated with listeners and caused H.E.R.’s star to rise meteorically.

She released H.E.R., Vol. 2, last summer. And in September of last year, she shared H.E.R.,Vol. 2: The B-Sides, before turning around combining both volumes into a complete project on all streaming formats with bonus tracks to match. She’s been on tour twice: first, as part of Bryson Tiller’s “Set It Off Tour” with Metro Boomin’; and secondly – and currently – solo as part of her “Lights On Tour.” H.E.R. in concert is an experience all in itself, as the singer is known to join her live band and play her own keys and acoustic guitar during certain songs.

H.E.R. as an acronym breaks down as “Having Everything Revealed,” though her trademark is keeping her identity hidden. Her live performances employ colored lighting and shadow, and her hair is almost always worn to where it covers her face. And while H.E.R. may be a part of the recent trend of anonymous artists in R&B, she stands apart because her voice is hypnotic and her lyrics are sincere. Whether H.E.R. sings about breaking up, making up, or giving up, her fans are captivated by every word. And going into 2018, as her “Lights On Tour” begins wrapping up, hopes are high that the singer-songwriter’s official LP is on the way and that another September will bring with it more honest R&B from H.E.R. – Bradford Howard