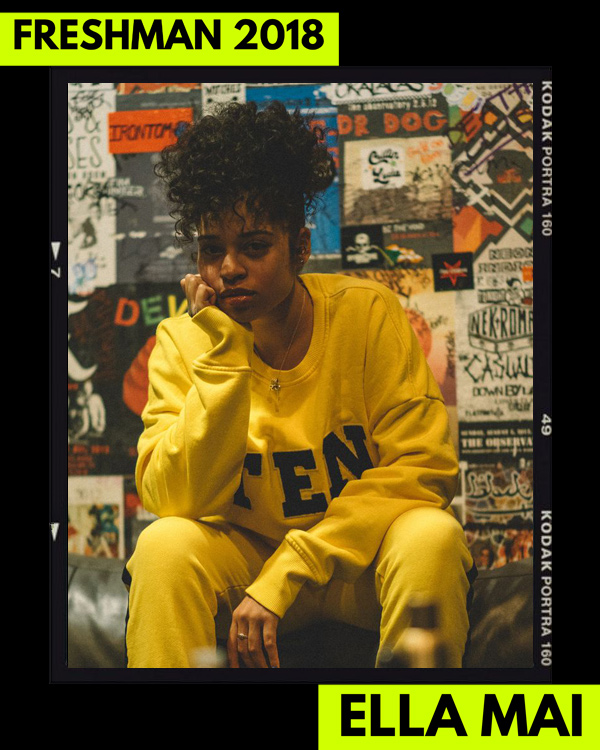 What do you get when you mix an ex X-Factor UK contestant with DJ Mustard beats? You get to witness the rise of Ella Mai with her dope trilogy of EPs. This young lady hailing from London, England has made quite the splash for herself after being discovered by one of the West Coast’s finest on Instagram. After signing with 10 Summers and Mustard, she released her first single “She Don’t” feat. Ty Dolla $ign, and instantly it was a certified bop.

Following “She Don’t,” Ella has released 3 EPs, ‘Time,’ ‘Ready’ and ‘Change’. Each release follows her as she learns how to love, let go, and grow while simultaneously finding her own voice. She ended 2017 on a high note as one of the openers for Kehlani’s “SweetSexySavage Tour” and by dropping the first single from her album “Naked.” Ella’s honesty and youthful take on R&B helps her stand out among the rest, as we patiently await the release of her debut album. – Jamila Wright