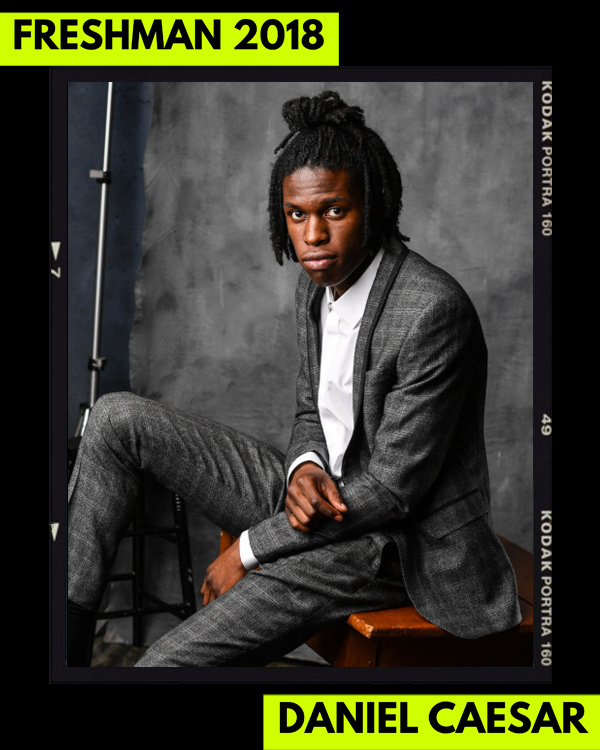 Daniel Caesar may have had the breakout year that many only dream of in 2017. Caesar’s career technically began in 2014, with his Praise Break project; and the little buzz he had then got stronger still with his Pilgrim’s Paradise EP in 2015. But it was Daniel’s gorgeous collaboration with Kali Uchis, “Get You,” that officially put him in the ears and hearts of fans. Released as a double single alongside “Japanese Denim” in 2016, “Get You” caught fire fast on the wings of Caesar’s impressive falsetto.

2017 brought with it Daniel Caesar’s long-awaited debut LP Freudian, a Grammy-nominated project that merged gospel and R&B into a collection of soul-stirring cuts. It also had Daniel hitting the road for a tour that expanded internationally at the start of 2018. Freudian is still fresh, but Caesar’s fans are anxious for more. Whether Daniel is appreciating a woman for standing by him despite his faults on “Blessed”; or fighting to keep intact a love that is barely holding together on “Won’t Live Here,” the singer’s voice is awe-inspiring and tugs at the emotions. R&B in this century demands that male singers be hard and heartless. But Daniel Caesar is all heart, and that’s exactly why he has the following he does. – Bradford Howard