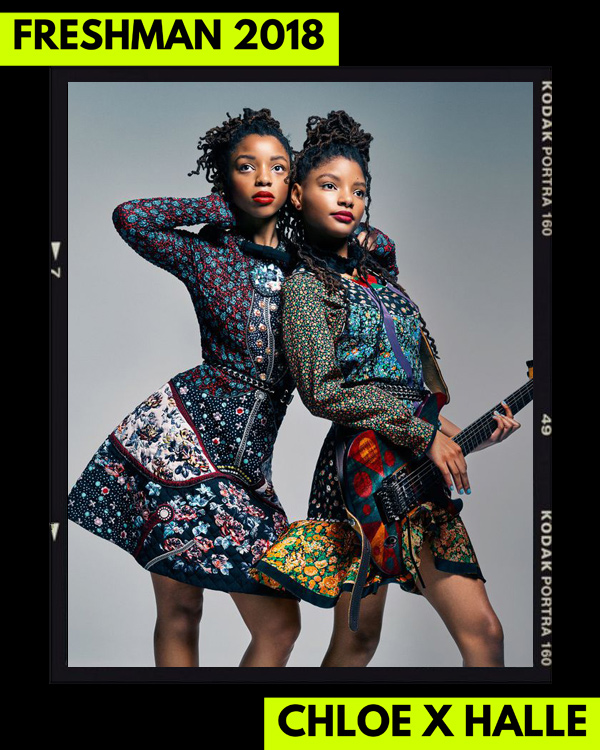 This sister duo, that also happens to be Beyoncé’s protégés, is making a big splash in both music and TV. At just 19 and 17 years old respectively, Chloe x Halle are way beyond their years. Not only are they well spoken, but they are highly independent. They write, produce, and engineer almost all of their own music and they do it with such grace. The first single from their upcoming debut album, The Kids Are Alright, was “Drop,” and it’s mix of synths, electronics, and ethereal harmonies was something we haven’t heard anyone in R&B truly experiment with lately.

After joining the cast of Grown-ish, the spin-off of the hit show Black-ish, the two started releasing even more music throughout the beginning of this year. With a string of singles that include the title track “The Kids are Alright,” “Grown,” and “Warrior” from Disney’s ‘A Wrinkle in Time’, we’re led to believe this album will be both equal parts experimental and innovative. Though Chloe x Halle’s style isn’t traditional R&B, there’s something about their music that makes us believe the future of the genre is in great hands. – Jamila Wright