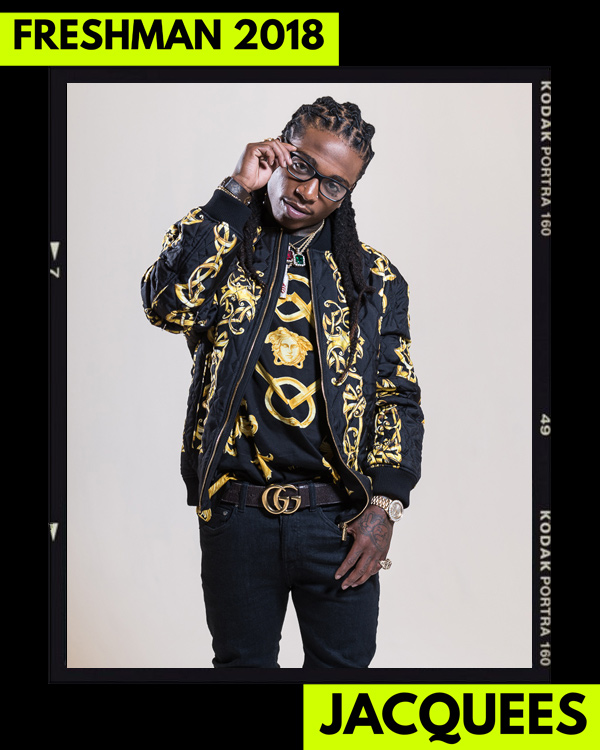 It’s been almost seven years since we were introduced to the sultry sounds of Cash Money signee Jacquees and we have to admit that it’s been one hell of a ride. Now, a half decade later and four years after the release of his first EP 19, the young star in the making is gearing up to deliver his highly anticipated debut album, 4275, a new EP titled This Time I’m Serious and a joint mixtape with former collaborator, Chris Brown.

Though still young in age, the singer has proved through his grind, hustle, and grit that he has the ability to stand up alongside some of R&B’s elite. Delivering a sound that resonates with both those new and old to the sound of R&B, Jacquees is on a steady rise to become one of the genre’s most promising acts in this generation. And, after the success of 2016’s “B.E.D.” as well as last year’s buzz single “At the Club” featuring Dej Loaf, there’s no telling what’s up next for him.

While each of the aforementioned singles garnered the attention of the masses, songs such as the Chris Brown featured “Won’t Turn It Down” (19), “Good Feeling” (4275), “Ex Games” and “Ready” (Mood), show that the new face of Cash Money Records has everything it takes to reach the next level: charisma, talent, appeal, dedication, and determination. – Ni’Kesia Pannell