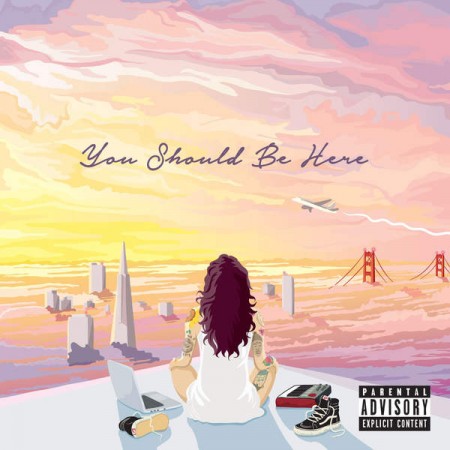 Kehlani, the Tsunami leader herself, has had a phenomenal 2015. Her “Cloud 19” follow-up, You Should Be Here, is the only mixtape of the year that critics and fans alike have been referring to as an album. But if you follow her on Instagram or Snapchat, you’d know that she wants everyone to remember that YSBH is just the beginning. It’s not an album, #itsamixtape. After it’s April release, the buzzing songstress went on to sell out her “You Should Be Here Tour” both in the U.S. and Europe for her first headlining tour ever.

Anticipation for Nami’s mixtape was built thanks to the release of the singles “How That Taste,” “Jealous” featuring Lexii Alijai, “Down for You” featuring BJ The Chicago Kid, and “Alive.” However, it wasn’t until the release of “The Way” featuring Chance the Rapper, did we finally get the single that we were waiting to hear. “The Way” brings us back to the feeling that love songs from the 90s used to give, and tells a beautiful story just like the rest of the songs on YSBH.

With the aid of Kehlani’s producer and close friend Jahaan Sweet, each track on the mixtape has the perfect pairing of innovative production and breezy vocals that can turn anyone into a fan. From the beginning to the end of the tape, the 20-year-old Tsunami Mob leader brings us on a journey through all of her relationships, romantic and otherwise. Boasting songs like “The Letter” that reflect on her relationship with her mother, to songs like “Bright” that remind her and all her fans to love themselves, there’s a song on You Should Be Here for everyone. It’s no wonder that Kehlani was nominated for a 2016 Grammy off of this mixtape.

You Should Be Here has us all anxious to see how Kehlani will “keep it all runnin’” when her debut album drops in 2016. – Jamila Wright