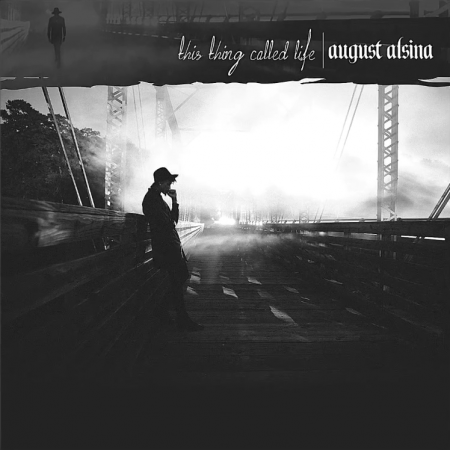 Although there were a few hiccups with the rollout for his sophomore album This Thing Called Life, August Alsina made the wait for the project well worth it. While 2014 brought us his debut album and some health scares, 2015 further confirmed for us that Youngin’ made no plans to let anything get in his way of success.

Similar in the dialogue on his debut, there is something slightly different about this album when put up against it predecessor. Lead by the singles “Hip Hop,” “Why I Do It” featuring Lil Wayne and “Song Cry,” TTCL hosted a plethora of gems fit to grasp the initial attention of fans and produce new fans if they were not interested in what he was offering the first time around. While some may say his delivery of material is a consistent few topics from his upbringing, family life, depression, etc, there’s something commendable about someone who can continuously pour their issues out through their music and not be afraid to be seen as transparent – especially this early in their career.

Equipped with production from KnuckleHead – who we are totally rooting for August to create a full project with – features from the incomparable Anthony Hamilton, veteran rapper Jadakiss, former collaborator Chris Brown, and fellow New Orleans native Lil’ Wayne, the December release falls in line with August’s description of his music being “hope for the hopeless.” – Ni’Kesia Pannell